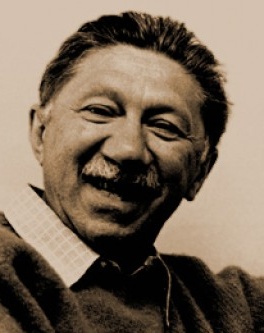 Abraham Harold Maslow (; April 1, 1908 – June 8, 1970) was an American psychologist who was best known for creating Maslow's hierarchy of needs, a theory of psychological health predicated on fulfilling innate human needs in priority, culminating in self-actualization. Maslow was a psychology professor at Alliant International University, Brandeis University, Brooklyn College, New School for Social Research, and Columbia University. He stressed the importance of focusing on the positive qualities in people, as opposed to treating them as a "bag of symptoms". A Review of General Psychology survey, published in 2002, ranked Maslow as the tenth most cited psychologist of the 20th century.

What a man can be, he must be. This need we call self-actualization.

Tags:
accomplishment being becoming self-actualization
Permalink for this quote

If the only tool you have is a hammer, you tend to see every problem as a nail.

A first-rate soup is more creative than a second-rate painting.

There do in fact exist creators, seers, sages, saints, shakers, and movers . . . even if they are uncommon and do not come by the dozen. And yet these very same people can at times be boring, irritating, petulant, selfish, angry, or depressed. To avoid disillusionment with human nature, we must first give up our illusions about it.