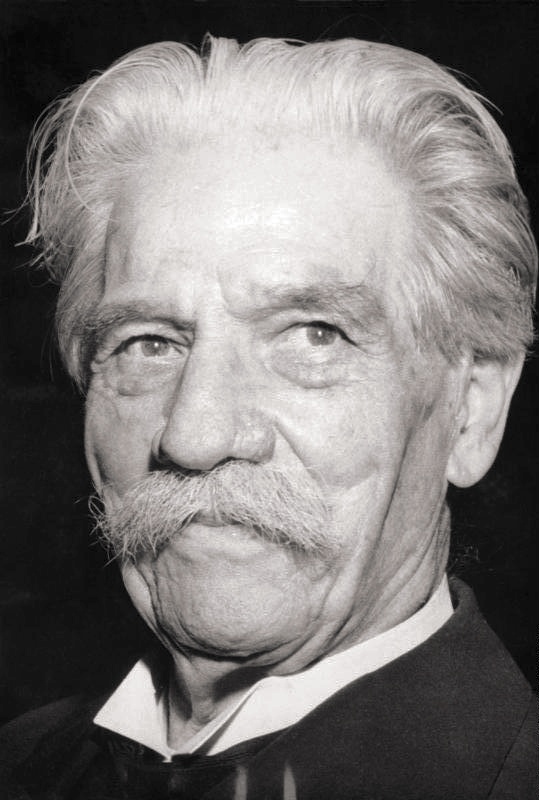 Albert Schweitzer (14 January 1875 – 4 September 1965) was an Alsatian polymath. He was a theologian, organist, writer, humanitarian, philosopher, and physician. A Lutheran, Schweitzer challenged both the secular view of Jesus as depicted by the historical-critical method current at this time, as well as the traditional Christian view. His contributions to the interpretation of Pauline Christianity concern the role of Paul's mysticism of "being in Christ" as primary and the doctrine of Justification by Faith as secondary.

In everyone's life, at some time, our inner fire goes out. It is then burst into flame by an encounter with another human being. We should all be thankful for those people who rekindle the inner spirit.