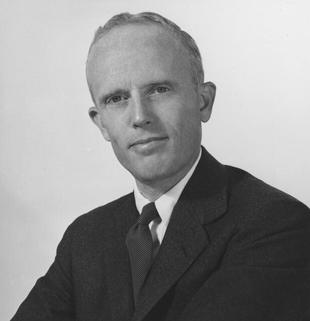 Alfred Whitney Griswold (October 27, 1906 – April 19, 1963), who went by his second given name, was an American historian and educator. He served as 16th President of Yale University from 1951 to 1963, during which he built much of Yale's modern scientific research infrastructure, especially on Science Hill.

Books won't stay banned. They won't burn. Ideas won't go to jail. In the long run of history, the censor and the inquisitor have always lost. The only sure weapon against bad ideas is better ideas.