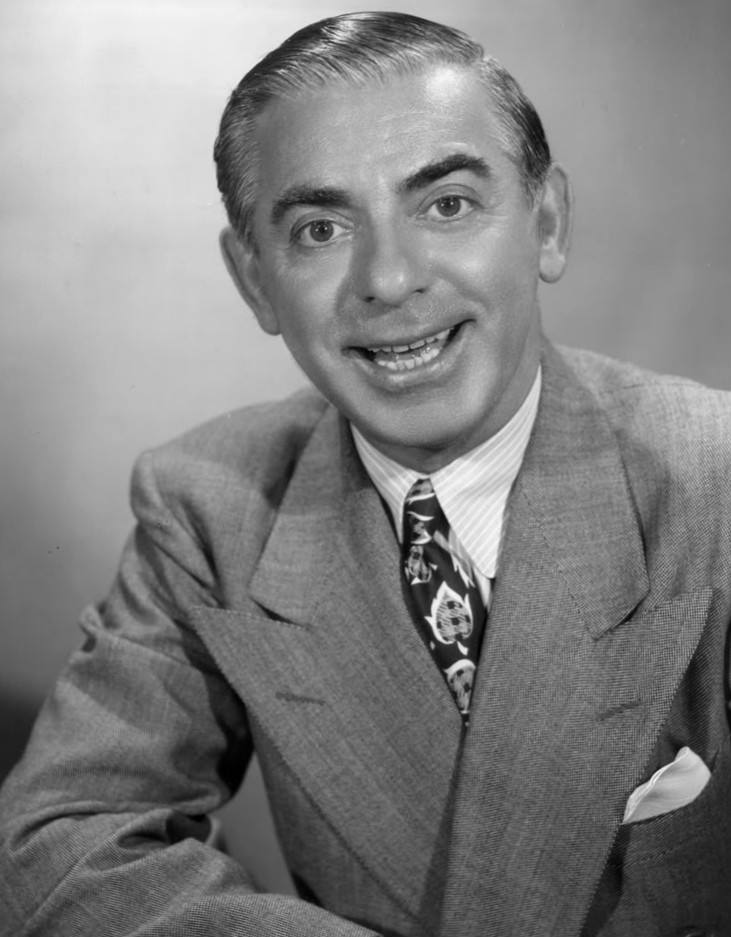 Eddie Cantor (born Isidore Itzkowitz; January 31, 1892 – October 10, 1964) was an American "illustrated song" performer, comedian, dancer, singer, actor, and songwriter. Familiar to Broadway, radio, movie, and early television audiences, this "Apostle of Pep" was regarded almost as a family member by millions because his top-rated radio shows revealed intimate stories and amusing anecdotes about his wife Ida and five daughters. Some of his hits include "Makin' Whoopee", "Ida (Sweet as Apple Cider)", "If You Knew Susie", "Ma! He's Makin' Eyes at Me", “Mandy”, "My Baby Just Cares for Me”, "Margie", and "How Ya Gonna Keep 'em Down on the Farm (After They've Seen Paree)?" He also wrote a few songs, including "Merrily We Roll Along", the Merrie Melodies Warner Bros. cartoon theme.

He hasn't an enemy in the world - but all his friends hate him.

Tags:
enemies
Permalink for this quote

All sanity depends on this: that it should be a delight to feel heat strike the skin, a delight to stand upright, knowing the bones are moving easily under the flesh.

Tags:
happiness
Permalink for this quote

When I see the "Ten Most Wanted" lists . . . I always have this thought: If we'd made them feel wanted earlier, they wouldn't be wanted now.