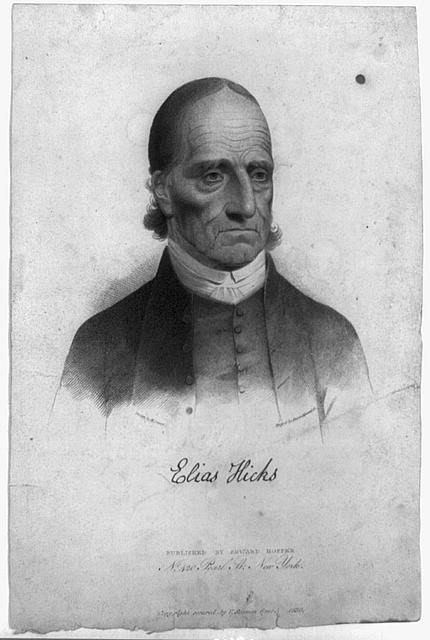 Elias Hicks (March 19, 1748 – February 27, 1830) was a traveling Quaker minister from Long Island, New York. In his ministry he promoted unorthodox doctrines that led to controversy, which caused the second major schism within the Religious Society of Friends. The first being the schism caused by George Keith in 1691. He broke with the Philadelphia Friends Yearly meeting and established a separate Christian Quaker meeting. His followers were called "Keithians" or "Christian Quakers." Elias Hicks was the older cousin of the painter Edward Hicks.

The fulness of the godhead dwelt in every blade of grass.