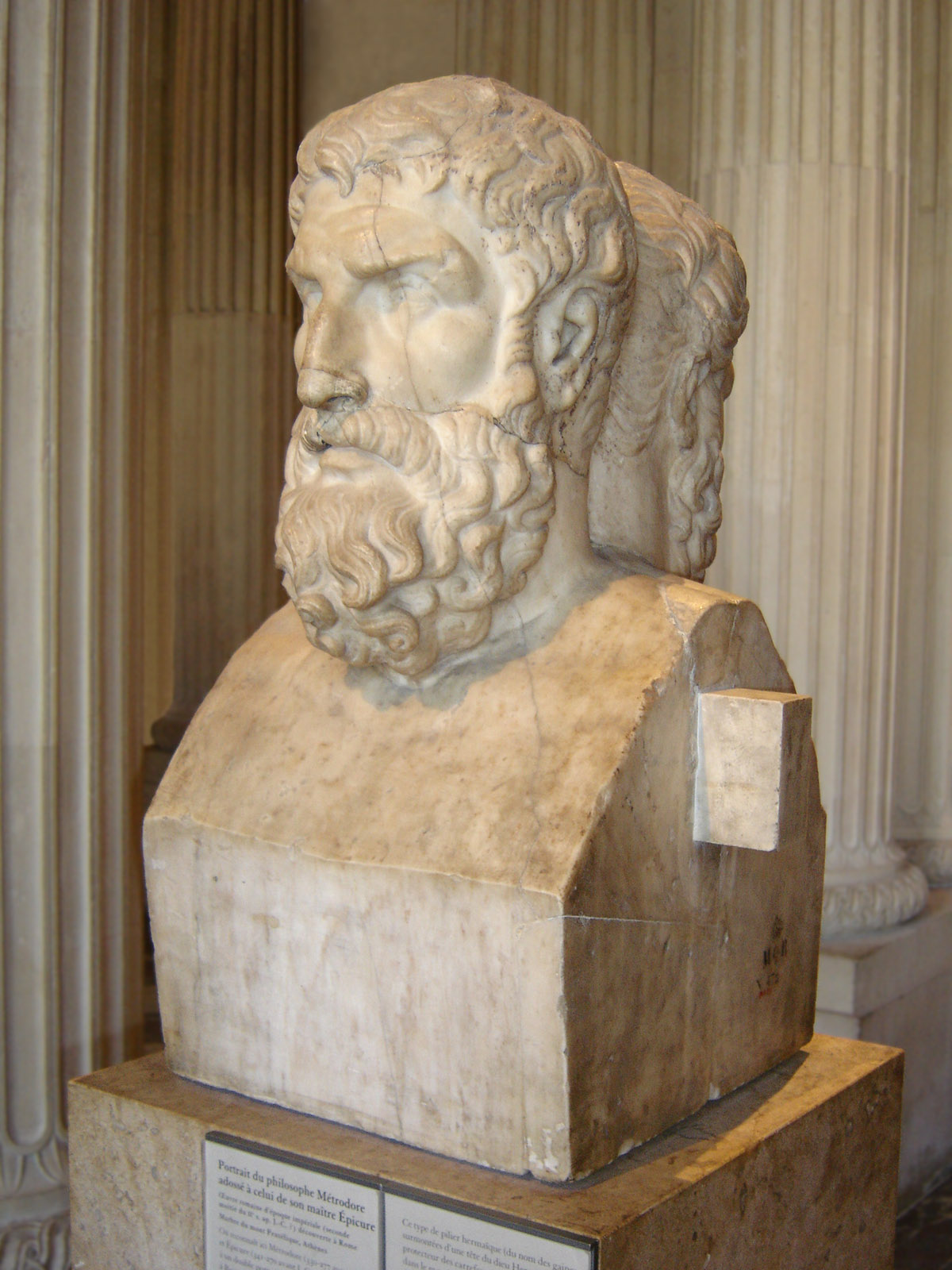 Epicurus (Ancient Greek: á¼πÎ¯κουρος, romanized: Epíkouros; 341–270 BC) was an ancient Greek philosopher and sage who founded Epicureanism, a highly influential school of philosophy. He was born on the Greek island of Samos to Athenian parents. Influenced by Democritus, Aristippus, Pyrrho, and possibly the Cynics, he turned against the Platonism of his day and established his own school, known as "the Garden", in Athens. Epicurus and his followers were known for eating simple meals and discussing a wide range of philosophical subjects. He openly allowed women to join the school as a matter of policy. Epicurus is said to have originally written over 300 works on various subjects, but the vast majority of these writings have been lost. Only three letters written by him—the letters to Menoeceus, Pythocles, and Herodotus—and two collections of quotes—the Principal Doctrines and the Vatican Sayings—have survived intact, along with a few fragments of his other writings. Most knowledge of his teachings comes from later authors, particularly the biographer Diogenes Laërtius, the Epicurean Roman poet Lucretius and the Epicurean philosopher Philodemus, and with hostile but largely accurate accounts by the Pyrrhonist philosopher Sextus Empiricus, and the Academic Skeptic and statesman Cicero.

It is not so much our friends' help that helps us, as the confidence of their help.

Death is nothing to us, since when we are, death has not come, and when death has come, we are not.

Tags:
death
Permalink for this quote

Do not spoil what you have by desiring what you have not; but remember that what you now have was once among the things you only hoped for.

It is the spirit and not the form of law that keeps justice alive.

Tags:
justice
Permalink for this quote