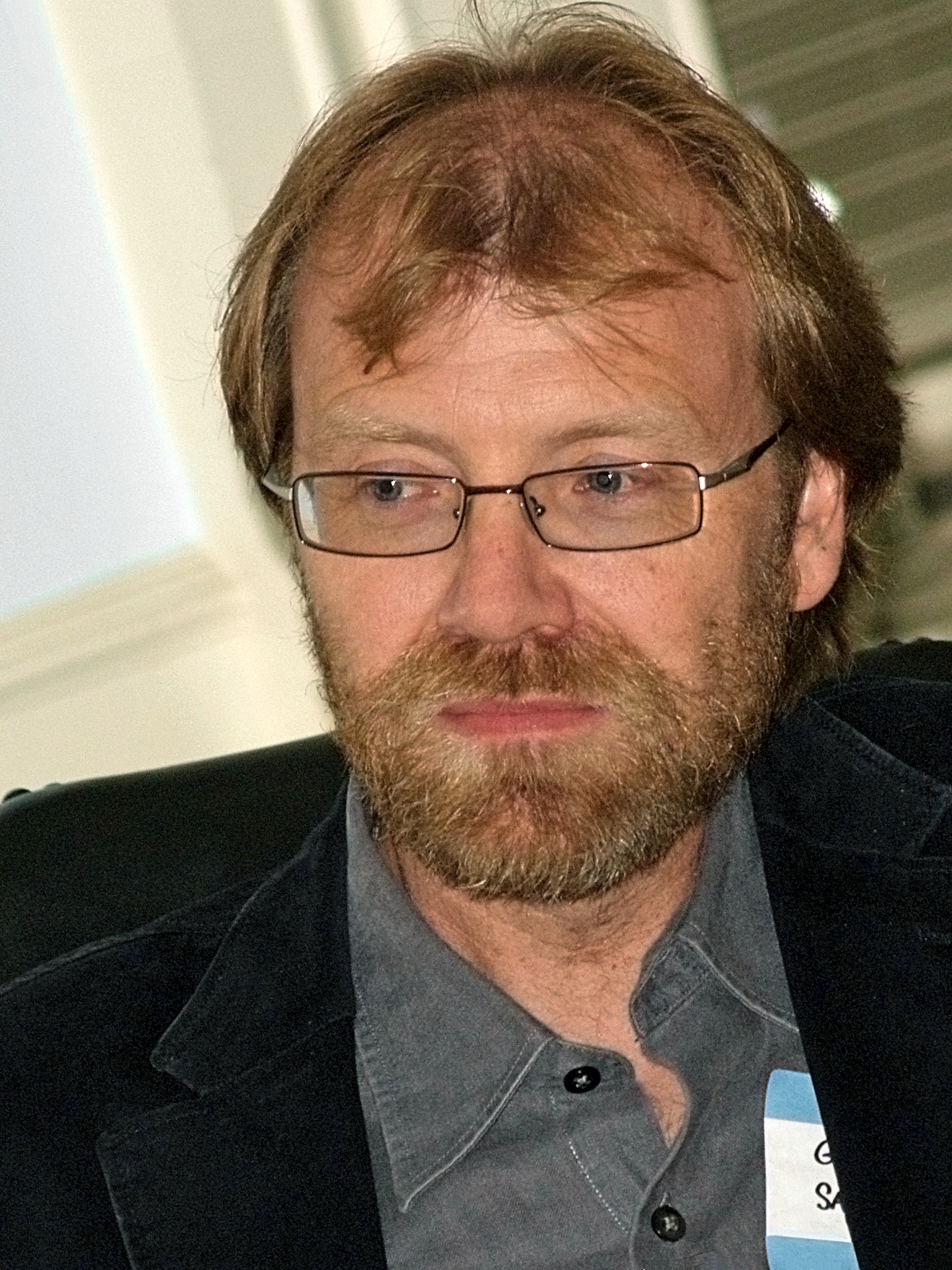 George Saunders (born December 2, 1958) is an American writer of short stories, essays, novellas, children's books, and novels. His writing has appeared in The New Yorker, Harper's, McSweeney's, and GQ. He also contributed a weekly column, American Psyche, to the weekend magazine of The Guardian between 2006 and 2008.A professor at Syracuse University, Saunders won the National Magazine Award for fiction in 1994, 1996, 2000, and 2004, and second prize in the O. Henry Awards in 1997. His first story collection, CivilWarLand in Bad Decline, was a finalist for the 1996 PEN/Hemingway Award. In 2006 Saunders received a MacArthur Fellowship. In 2006 he won the World Fantasy Award for his short story "CommComm".His story collection In Persuasion Nation was a finalist for the Story Prize in 2007. In 2013, he won the PEN/Malamud Award and was a finalist for the National Book Award. Saunders's Tenth of December: Stories won the 2013 Story Prize for short-story collections and the inaugural (2014) Folio Prize. His novel Lincoln in the Bardo (Bloomsbury Publishing) won the 2017 Man Booker Prize.

Good-bye. I am leaving because I am bored.

Tags:
boredom
Permalink for this quote