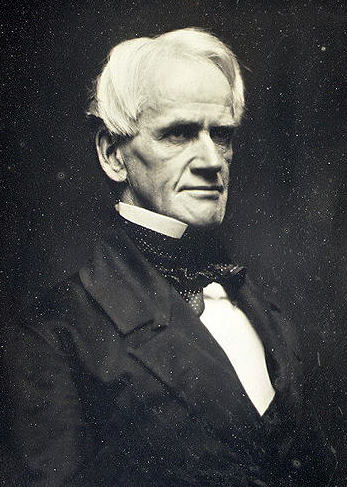 Horace Mann (May 4, 1796 – August 2, 1859) was an American educational reformer and Whig politician known for his commitment to promoting public education. A central theme of his life was that "it is the law of our nature to desire happiness. This law is not local, but universal; not temporary, but eternal. It is not a law to be proved by exceptions, for it knows no exception." He served in the Massachusetts State legislature (1827–1837). In 1848, after public service as Secretary of the Massachusetts State Board of Education, Mann was elected to the United States House of Representatives (1848–1853). From September 1852 to his death, he served as President of Antioch College.

Habit is a cable; we weave a thread of it each day, and at last we cannot break it.

Do not think of knocking out another personâs brains because he differs in opinion from you. It would be as rational to knock yourself on the head because you differ from yourself ten years ago.

If any man seeks for greatness, let him forget greatness and ask for truth, and he will find both.

Be ashamed to die until you have won some victory for humanity.

Tags:
victory
Permalink for this quote

It is well to think well; it is divine to act well.