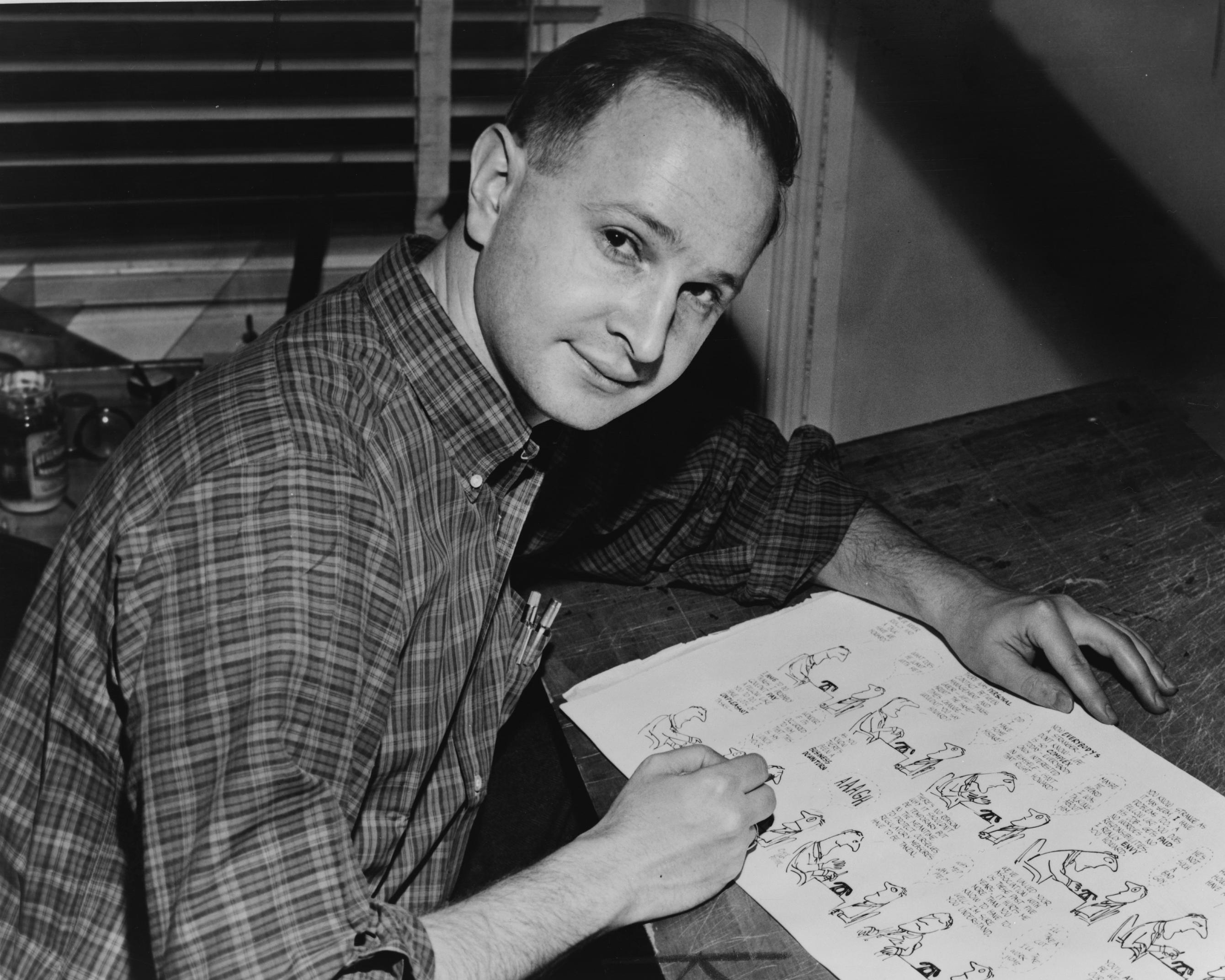 Jules Ralph Feiffer (born January 26, 1929) is an American cartoonist and author, who was considered the most widely read satirist in the country. He won the Pulitzer Prize in 1986 as America's leading editorial cartoonist, and in 2004 he was inducted into the Comic Book Hall of Fame. He wrote the animated short Munro, which won an Academy Award for Best Animated Short Film in 1961. The Library of Congress has recognized his "remarkable legacy", from 1946 to the present, as a cartoonist, playwright, screenwriter, adult and children's book author, illustrator, and art instructor.When Feiffer was 17 (in the mid-1940s) he became assistant to cartoonist Will Eisner. There he helped Eisner write and illustrate his comic strips, including The Spirit. He then became a staff cartoonist at The Village Voice beginning in 1956, where he produced the weekly comic strip titled Feiffer until 1997. His cartoons became nationally syndicated in 1959 and then appeared regularly in publications including the Los Angeles Times, the London Observer, The New Yorker, Playboy, Esquire, and The Nation. In 1997 he created the first op-ed page comic strip for the New York Times, which ran monthly until 2000.

Maturity is only a short break in adolescence.

Tags:
maturity
Permalink for this quote