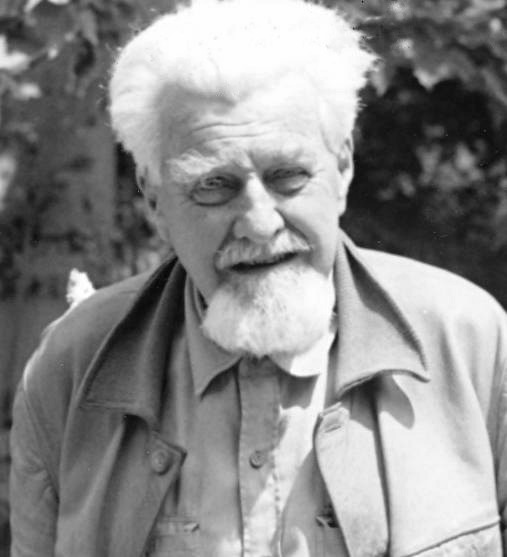 Konrad Zacharias Lorenz (German pronunciation: [ËkÉnÊaËt ËloËÊÉnts]; 7 November 1903 – 27 February 1989) was an Austrian zoologist, ethologist, and ornithologist. He shared the 1973 Nobel Prize in Physiology or Medicine with Nikolaas Tinbergen and Karl von Frisch. He is often regarded as one of the founders of modern ethology, the study of animal behavior. He developed an approach that began with an earlier generation, including his teacher Oskar Heinroth.Lorenz studied instinctive behavior in animals, especially in greylag geese and jackdaws. Working with geese, he investigated the principle of imprinting, the process by which some nidifugous birds (i.e. birds that leave their nest early) bond instinctively with the first moving object that they see within the first hours of hatching. Although Lorenz did not discover the topic, he became widely known for his descriptions of imprinting as an instinctive bond. In 1936 he met Tinbergen, and the two collaborated in developing ethology as a separate sub-discipline of biology. A Review of General Psychology survey, published in 2002, ranked Lorenz as the 65th most cited scholar of the 20th century in the technical psychology journals, introductory psychology textbooks, and survey responses.Lorenz's work was interrupted by the onset of World War II and in 1941 he was recruited into the German Army as a medic. In 1944 he was sent to the Eastern Front where he was captured by the Soviet Red Army and spent four years as a German prisoner of war in Soviet Armenia. After the war he regretted his membership in the Nazi Party.Lorenz wrote numerous books, some of which, such as King Solomon's Ring, On Aggression, and Man Meets Dog, became popular reading. His last work "Here I Am – Where Are You?" is a summary of his life's work and focuses on his famous studies of greylag geese.

It is a good morning exercise for a research scientist to discard a pet hypothesis every day before breakfast. It keeps him young.