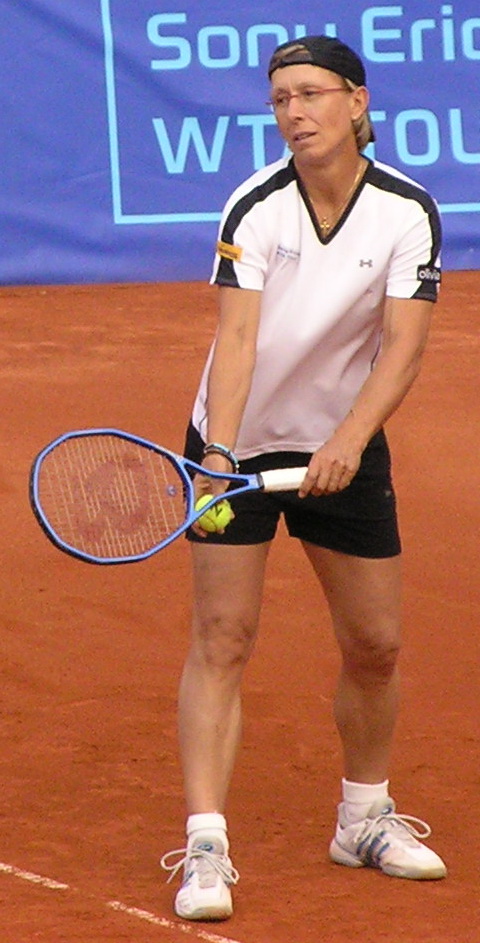 Martina Navratilova (Czech: Martina Navrátilová pronounced [mar'cÉªna navËraËcÉªlovaË]; born Martina Šubertová pronounced [ËmarcÉªna ËÊubÉrtovaË]; October 18, 1956) is a Czechoslovak-born American former professional tennis player and coach. In 2005, Tennis magazine selected her as the greatest female tennis player for the years 1975 through 2005 and she is considered one of the best female tennis players of all time.Navratilova was world No. 1 for a total of 332 weeks in singles, and a record 237 weeks in doubles, making her the only player in history to have held the top spot in both singles and doubles for over 200 weeks. She was year-end singles No. 1 seven times, including a record of five consecutive years, as well as year-end doubles No. 1 five times, including three consecutive years during which she held the ranking for the entire year.

The moment of victory is much too short to live for that and nothing else.

Tags:
victory
Permalink for this quote