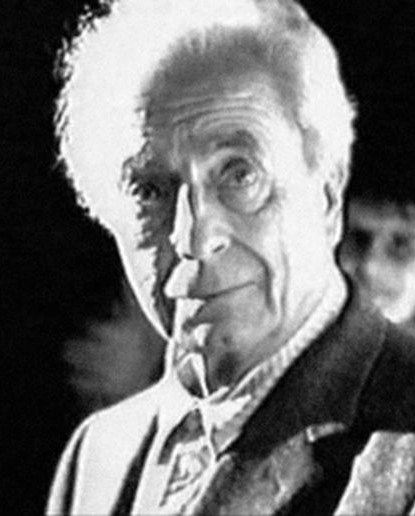 Michelangelo Antonioni (, Italian: [mikeËlandÊelo antoËnjoËni]; 29 September 1912 – 30 July 2007) was an Italian film director, screenwriter, editor, painter, and short story author. He is best known for his "trilogy on modernity and its discontents" — L'Avventura (1960), La Notte (1961), and L'Eclisse (1962)—as well as the English-language films Blowup (1966) and The Passenger (1975). His films have been described as "enigmatic and intricate mood pieces" that feature elusive plots, striking visuals, and a preoccupation with modern landscapes. His work would substantially influence subsequent art cinema.Antonioni received numerous awards and nominations throughout his career, including the Cannes Film Festival Jury Prize (1960, 1962), Palme d'Or (1966), and 35th Anniversary Prize (1982); the Venice Film Festival Silver Lion (1955), Golden Lion (1964), FIPRESCI Prize (1964, 1995), and Pietro Bianchi Award (1998); the Italian National Syndicate of Film Journalists Silver Ribbon eight times; and an honorary Academy Award in 1995. He is one of three directors to have won the Palme d'Or, the Golden Lion and the Golden Bear, and the only director to have won these three and the Golden Leopard.

I have never felt salvation in nature. I love cities above all.