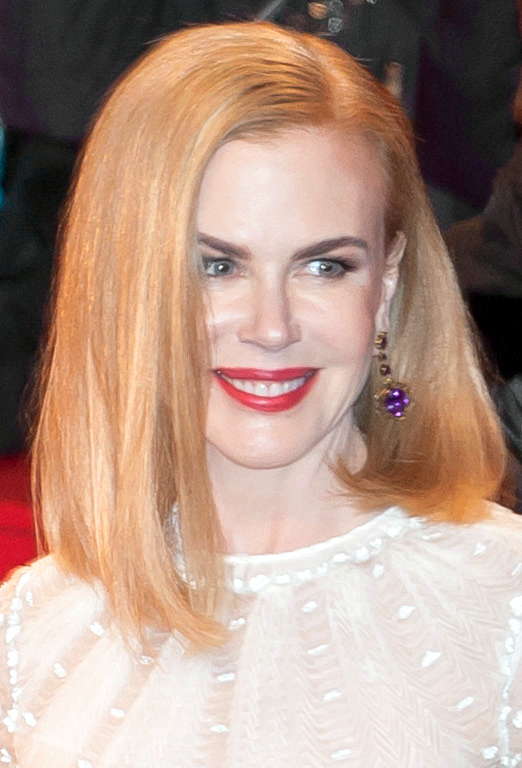 Nicole Mary Kidman (born 20 June 1967) is an Australian actress and producer. She has received an Academy Award, two Primetime Emmy Awards, and five Golden Globe Awards. She was listed among the world's highest-paid actresses in 2006, 2018 and 2019. Time magazine twice named her one of the 100 most influential people in the world, in 2004 and 2018.Kidman began her acting career in Australia with the 1983 films Bush Christmas and BMX Bandits. Her breakthrough came in 1989 with the thriller film Dead Calm and the miniseries Bangkok Hilton. In 1990, she made her Hollywood debut in the racing film Days of Thunder, opposite Tom Cruise. She went on to achieve wider recognition with lead roles in Far and Away (1992), Batman Forever (1995), To Die For (1995) and Eyes Wide Shut (1999). Kidman won the Academy Award for Best Actress for portraying the writer Virginia Woolf in the drama The Hours (2002). Her other Oscar-nominated roles were as a courtesan in the musical Moulin Rouge! (2001) and emotionally troubled mothers in the dramas Rabbit Hole (2010) and Lion (2016).

A human being has a natural desire to have more of a good thing than he needs.

Tags:
desire
Permalink for this quote

Never let the future disturb you. You will meet it, if you have to, with the same weapons of reason which today arm you against the present.

Tags:
the future
Permalink for this quote