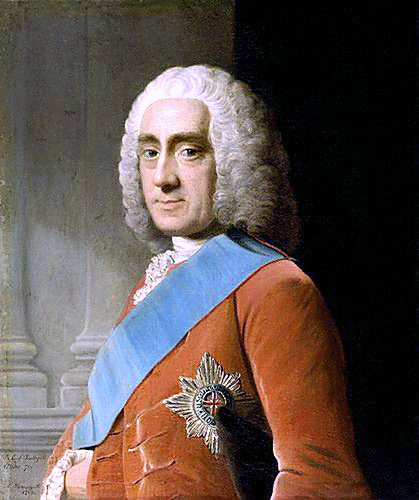 Philip Dormer Stanhope, 4th Earl of Chesterfield, (22 September 1694 – 24 March 1773) was a British statesman, diplomat, man of letters, and an acclaimed wit of his time. He was born in London to Philip Stanhope, 3rd Earl of Chesterfield, and Lady Elizabeth Savile, and known as Lord Stanhope until the death of his father, in 1726. Following the death of his mother in 1708, Stanhope was raised mainly by his grandmother, the Marchioness of Halifax. Educated at Trinity Hall, Cambridge, he left just over a year into his studies, after focusing on languages and oration. He subsequently embarked on the Grand Tour of the Continent, to complete his education as a nobleman, by exposure to the cultural legacies of Classical antiquity and the Renaissance, and to become acquainted with his aristocratic counterparts and the polite society of Continental Europe.In the course of his post-graduate tour of Europe, the death of Queen Anne (r. 1702–1714) and the accession of King George I (r. 1714–1727) to the throne opened a political career for Stanhope, and he quickly returned to England. A member of the Whig party, Phillip Stanhope entered government service as a courtier to the King, through the mentorship of his relative, James Stanhope, (later 1st Earl Stanhope), the King's favourite minister, who procured his appointment as Lord of the Bedchamber to the Prince of Wales, George II.

Men, as well as women, are much oftener led by their hearts than by their understandings.