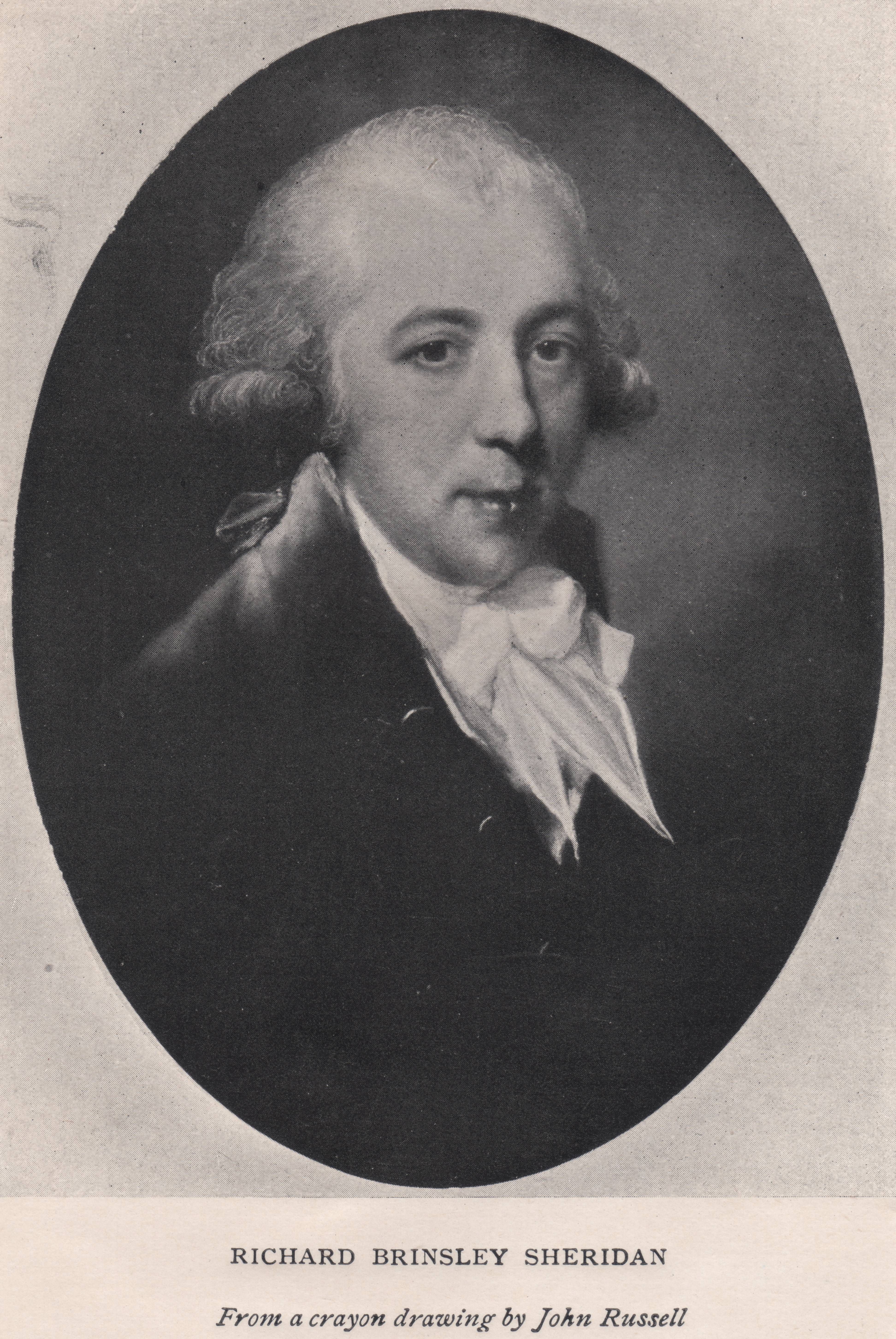 Richard Brinsley Butler Sheridan (30 October 1751 – 7 July 1816) was an Irish satirist, a playwright, poet, and long-term owner of the London Theatre Royal, Drury Lane. He is known for his plays such as The Rivals, The School for Scandal, The Duenna and A Trip to Scarborough. He was also a Whig MP for 32 years in the British House of Commons for Stafford (1780–1806), Westminster (1806–1807), and Ilchester (1807–1812). He is buried at Poets' Corner in Westminster Abbey. His plays remain a central part of the canon and are regularly performed worldwide.

Won't you come into the garden? I would like my roses to see you.

Get your facts first, and then you can distort them as much as you please.