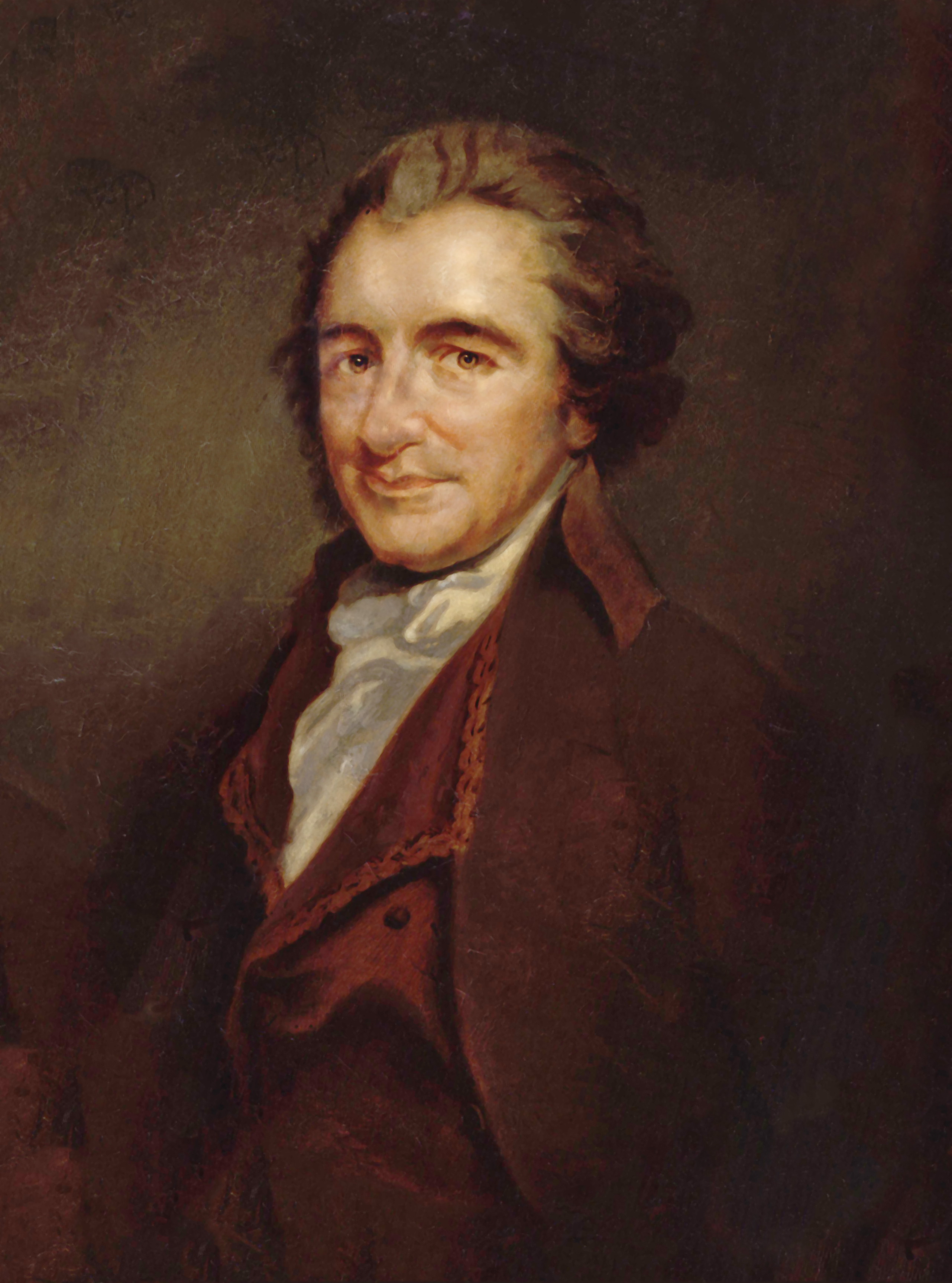 Thomas Paine (born Thomas Pain) (February 9, 1737 [O.S. January 29, 1736] – June 8, 1809) was an English-born American political activist, philosopher, political theorist, and revolutionary. He authored Common Sense (1776) and The American Crisis (1776–1783), the two most influential pamphlets at the start of the American Revolution, and helped inspire the patriots in 1776 to declare independence from Great Britain. His ideas reflected Enlightenment-era ideals of transnational human rights. Historian Saul K. Padover described him as "a corsetmaker by trade, a journalist by profession, and a propagandist by inclination".Born in Thetford in the English county of Norfolk, Paine migrated to the British American colonies in 1774 with the help of Benjamin Franklin, arriving just in time to participate in the American Revolution. Virtually every rebel read (or listened to a reading of) his powerful pamphlet Common Sense, proportionally the all-time best-selling American title, which catalysed the rebellious demand for independence from Great Britain. Common Sense was so influential that John Adams said: "Without the pen of the author of Common Sense, the sword of Washington would have been raised in vain". The American Crisis was a pro-revolutionary pamphlet series. Paine lived in France for most of the 1790s, becoming deeply involved in the French Revolution. He wrote Rights of Man (1791), in part a defence of the French Revolution against its critics. His attacks on Anglo-Irish conservative writer Edmund Burke led to a trial and conviction in absentia in England in 1792 for the crime of seditious libel.

I think that God in creating Man somewhat overestimated his ability.

Tags:
mankind
Permalink for this quote

When we are planning for posterity, we ought to remember that virtue is not hereditary.

Tags:
planning
Permalink for this quote