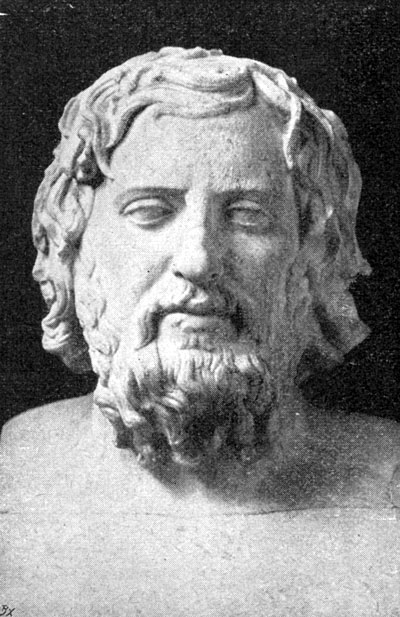 Xenophon of Athens (; Greek: Ξενοφá¿¶ν, Ancient Greek: [ksenopÊ°ÉÌËn], XenophÅn; c. 430 – 354 BC) was an Athenian-born mercenary and historian. Xenophon was elected a commander of the Ten Thousand Greek mercenaries at the age of 30. Xenophon's Anabasis recounts adventures of Xenophon and the Ten Thousand in service of Cyrus the Younger, Cyrus's failed campaign to claim the Persian throne from Artaxerxes II of Persia, and the return of Greek mercenaries after Cyrus's death in the Battle of Cunaxa. Xenophon established precedents for many logistical operations, and was among the first to use flanking maneuvers and feints. As the military historian Theodore Ayrault Dodge wrote, "the centuries since have devised nothing to surpass the genius of this warrior".A student and a friend of Socrates, Xenophon recounted several Socratic dialogues - Symposium, Oeconomicus, Hiero, a tribute to Socrates - Memorabilia, and a chronicle of the philosopher's trial in 399 BC - Apology of Socrates to the Jury. Xenophon is best known for his historical works. The Hellenica continues directly from the final sentence of Thucydides' History of the Peloponnesian War covering the last seven years of the Peloponnesian War (431–404 BC) and the subsequent forty two years (404 BC - 362 BC) ending with the Second Battle of Mantinea.

The sweetest of all sounds is praise.