When a man says he approves of something in principle, it means he hasn't the slightest intention of putting it into practice. 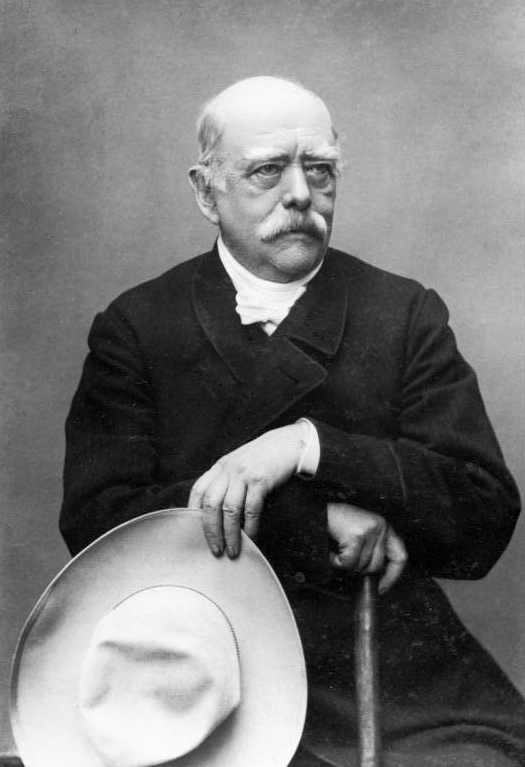 Otto Eduard Leopold, Prince of Bismarck, Duke of Lauenburg (born von Bismarck-Schönhausen; German: Otto Eduard Leopold Fürst von Bismarck, Herzog zu Lauenburg; 1 April 1815 – 30 July 1898), known as Otto von Bismarck (German: [ËÉto fÉn ËbÉªsmaÊk] (listen)), was a conservative German statesman who masterminded the unification of Germany in 1871 and served as its first chancellor until 1890, in which capacity he dominated European affairs for two decades. He had previously been Minister President of Prussia (1862–1890) and Chancellor of the North German Confederation (1867–1871). He provoked three short, decisive wars against Denmark, Austria, and France. Following the victory against Austria, he abolished the supranational German Confederation and instead formed the North German Confederation as the first German national state, aligning the smaller North German states behind Prussia. Receiving the support of the independent South German states in the Confederation's defeat of France, he formed the German Empire (which excluded Austria) and united Germany.

You may find more from Otto von Bismarck on Wikiquote

Laws are like sausages. It's better not to see them being made.

Nothing can so alienate a voter from the political system as backing a winning candidate.