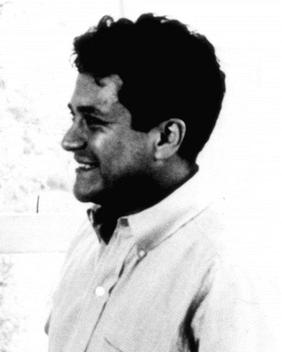 Carlos Castaneda (December 25, 1925 – April 27, 1998) was an American author. Starting with The Teachings of Don Juan in 1968, Castaneda wrote a series of books that purport to describe training in shamanism that he received under the tutelage of a supposed Yaqui "Man of Knowledge" named don Juan Matus. Doubts about the veracity of Castaneda's work existed from their original publication. There is now consensus that Castenda's books are works of fiction, and that it is unlikely that don Juan Matus existed.

You may find more from Carlos Castaneda on Wikiquote

—Carlos Castaneda in The Teachings of Don Juan

Death is everywhere. It may be the headlights of a car on a hilltop in the distance behind. They may remain visible for a while, and disappear into the darkness as if they had been scooped away; only to appear on another hilltop, and then disappear again. Those are the lights on the head of death. Death puts them on like a hat and then shoots off on a gallop, gaining on us, getting closer and closer. Sometimes it turns off its lights. But death never stops.

To be angry at people means that one considers their acts to be important. It is imperative to cease to feel that way. The acts of men cannot be important enough to offset our only viable alternative: our unchangeable encounter with infinity.

When nothing is for sure, we remain alert, perennially on our toes. It is more exciting not to know which bush the rabbit is hiding behind than to behave as though we knew everything.

Intent is not a thought, or an object, or a wish. Intent is what can make a man succeed when his thoughts tell him that he is defeated. It operates in spite of the warrior's indulgence. Intent is what makes him invulnerable. Intent is what sends a shaman through a wall, through space, to infinity.