Force is as pitiless to the man who possesses it, or thinks he does, as it is to its victims; the second it crushes, the first it intoxicates. The truth is, nobody really possesses it. 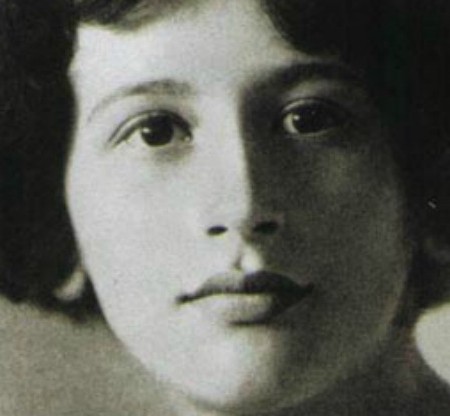 Simone Adolphine Weil ( VAY, French: [simÉn vÉj] (listen); 3 February 1909 – 24 August 1943) was a French philosopher, mystic, and political activist. The mathematician André Weil was her brother.After her graduation from formal education, Weil became a teacher. She taught intermittently throughout the 1930s, taking several breaks due to poor health and to devote herself to political activism, work that would see her assisting in the trade union movement, taking the side of the anarchists known as the Durruti Column in the Spanish Civil War, and spending more than a year working as a labourer, mostly in auto factories, so she could better understand the working class.

You may find more from Simone Weil on Wikiquote

All sins are attempts to fill voids.

I suffer more from the humiliations inflicted by my country than from those inflicted on her.

Money destroys human roots wherever it is able to penetrate, by turning desire for gain into the sole motive. It easily manages to outweigh all other motives, because the effort it demands of the mind is so very much less. Nothing is so clear and so simple as a row of figures.

The true definition of science is this: the study of the beauty of the world.

The absence of the dead . . . is their way of appearing.