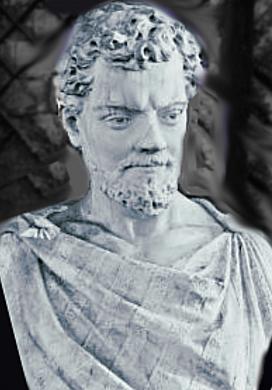 Titus Lucretius Carus ( TY-tÉs loo-KREE-shÉs; Latin: [ËtÉªtÊs lÊËkreËtÉª.Ês ËkaË.rus]; c. 99 BC – c. 55 BC) was a Roman poet and philosopher. His only known work is the philosophical poem De rerum natura, a didactic work about the tenets and philosophy of Epicureanism, and which usually is translated into English as On the Nature of Things. Lucretius has been credited with originating the concept of the three-age system that was formalised in 1836 by C. J. Thomsen.

The fall of dropping water wears away the Stone.

Everybody likes to go their own way--to choose their own time and manner of devotion.

Tags:
religion
Permalink for this quote