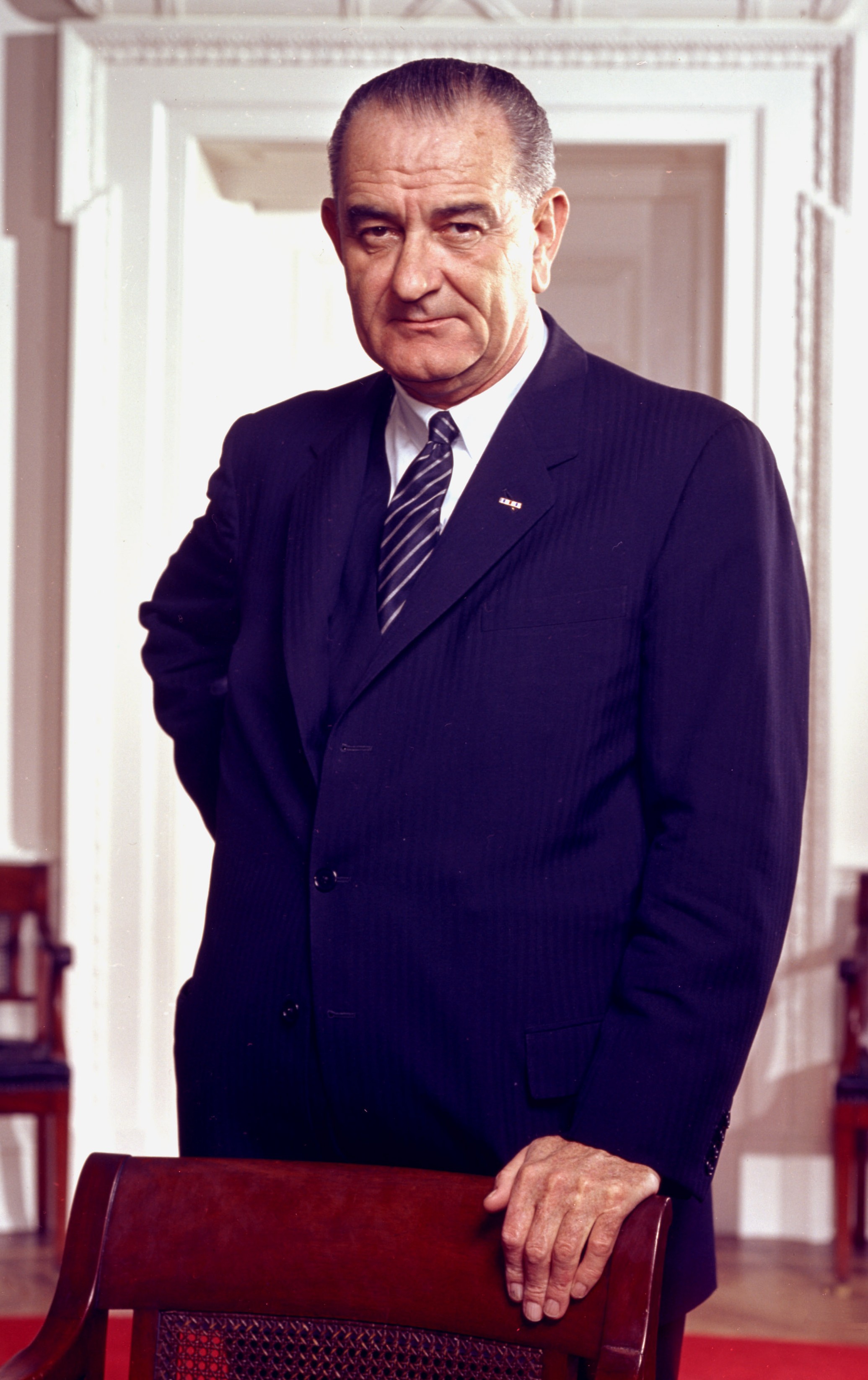 Lyndon Baines Johnson (; August 27, 1908 – January 22, 1973), often referred to by his initials LBJ, was an American politician who served as the 36th president of the United States from 1963 to 1969, and previously as 37th vice president from 1961 to 1963. He assumed the presidency following the assassination of President John F. Kennedy. A Democrat from Texas, Johnson was also a United States representative and later majority leader in the United States Senate. Johnson is one of only four people to have served, at various times, in all four federal elected positions.Born in a farmhouse in Stonewall, Texas, Johnson worked as a high school teacher and a congressional aide before winning election to the U.S. House of Representatives in 1937. Johnson won election to the United States Senate from Texas in 1948 after narrowly winning the Democratic Party's nomination. He was appointed to the position of Senate Majority Whip in 1951. He became the Senate leader of the Democrats in 1953. He became known for his domineering personality and the "Johnson treatment", his aggressive coercion of powerful politicians to advance legislation. Johnson ran for the Democratic nomination in the 1960 presidential election. Although unsuccessful, he became the running mate of the nominee Senator John F. Kennedy and they went on to win a close election. On November 22, 1963, Kennedy was assassinated and Johnson succeeded him as president. In the 1964 Presidential election, Johnson won in a landslide, defeating Senator Barry Goldwater of Arizona. With 61.1 percent of the popular vote, Johnson won the largest share of the popular vote of any candidate since 1820.

Quotes from Lyndon B. Johnson

The guns and the bombs, the rockets and the warships, are all symbols of human failure.

If two men agree on everything, you may be sure that one of them is doing the thinking.

Tags:
agreement
Permalink for this quote

We can draw lessons from the past, but we cannot live in it.

Tags:
the past
Permalink for this quote

In the long history of man, countless empires and nations have come and gone. Those which created no lasting works of art are reduced today to short footnotes in history's catalog. Art is a nation's most precious heritage. For it is in our works of art that we reveal to ourselves, and to others, the inner vision which guides us as a Nation. And where there is no vision, the people perish. We in America have not always been kind to the artists and the scholars who are the creators and the keepers of our vision. Somehow, the scientists always seem to get the penthouse, while the arts and the humanities get the basement.