People have the power to redeem the work of fools. 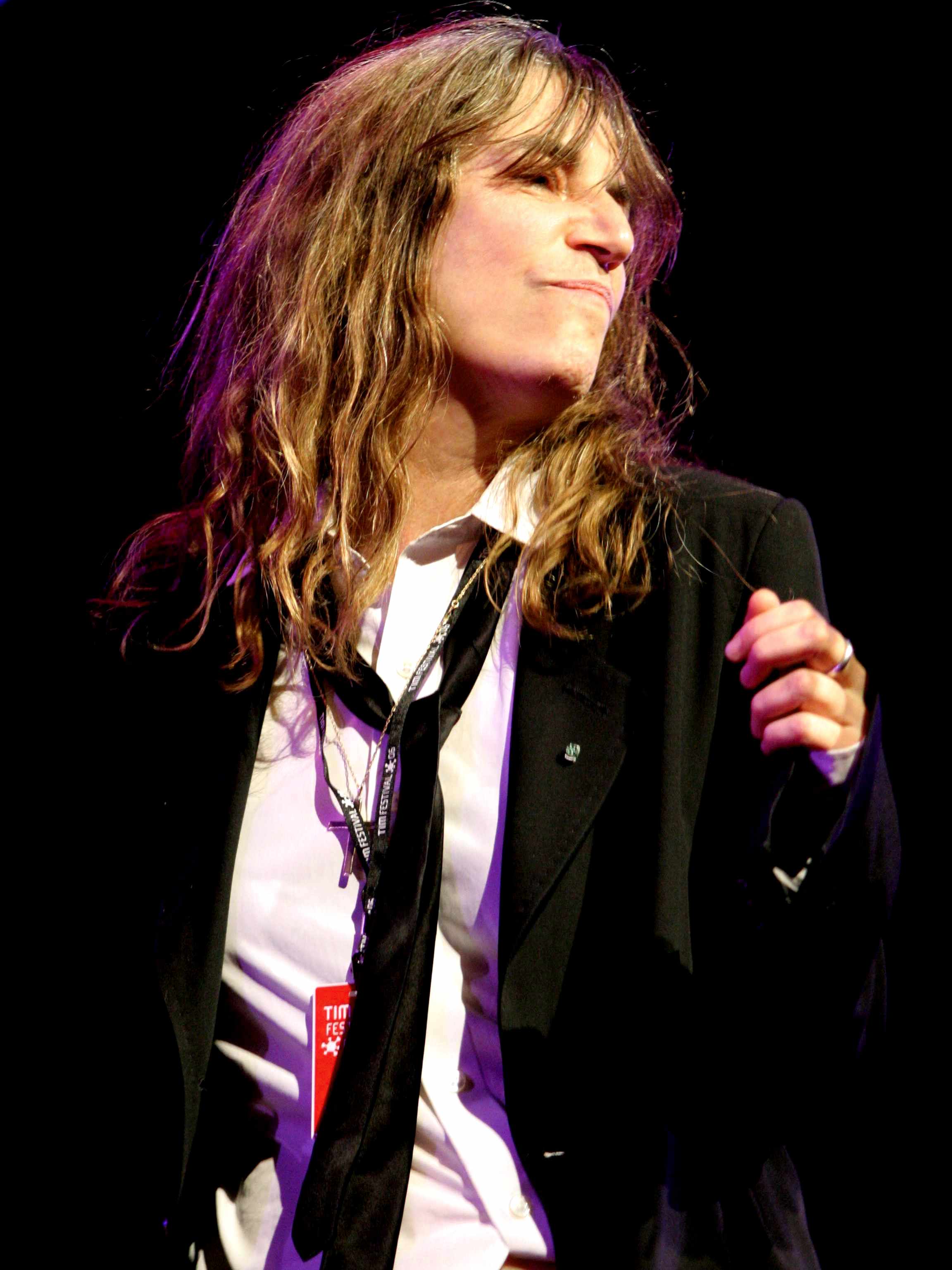 Patricia Lee Smith (born December 30, 1946) is an American singer-songwriter, musician, author, and poet who became an influential component of the New York City punk rock movement with her 1975 debut album Horses.Called the "punk poet laureate," Smith fused rock and poetry in her work. Her most widely known song is "Because the Night," which was co-written with Bruce Springsteen. It reached number 13 on the Billboard Hot 100 chart in 1978 and number five in the U.K. In 2005, Smith was named a Commander of the Ordre des Arts et des Lettres by the French Ministry of Culture. In 2007, she was inducted into the Rock and Roll Hall of Fame.On November 17, 2010, Smith won the National Book Award for her memoir Just Kids. The book fulfilled a promise she had made to her former long-time roommate and partner, Robert Mapplethorpe. She placed 47th in Rolling Stone magazine's list of 100 Greatest Artists published in December 2010 and was also a recipient of the 2011 Polar Music Prize.

You may find more from Patti Smith on Wikiquote

Those who have suffered understand suffering and therefore extend their hand.

Artists who whine because they need a grant and the government doesn't help them â well, tough shit. I had the same problem. I worked in a bookstore for seven years to make money to buy art supplies. And that was fine. I don't think artists should ever expect anything from anybody. For the artist, sacrifice and hardship are a part of the process.

The appalling thing is the degree of charity women are capable of. You see it all the time . . . love lavished on absolute fools. Love's a charity ward, you know.

To take those fools in clerical garb seriously is to show them too much honor.

Drinking makes such fools of people, and people are such fools to begin with, that it's compounding a felony.

I'm all in favor of keeping dangerous weapons out of the hands of fools. Let's start with typewriters.

Any fool can criticize, condemn, and complain - and most fools do.