Quotes from the book Lullabies for Little Criminals by Heather O'Neill

Becoming a child again is what is impossible. That's what you have a legitimate reason to be upset over. Childhood is the most valuable thing that's taken away from you in life, if you think about it.

Suddenly I realized that I wanted everything to be as it was when I was younger. When you're young enough, you don't know that you live in a cheap lousy apartment. A cracked chair is nothing other than a chair. A dandelion growing out of a crack in the sidewalk outside your front door is a garden. You could believe that a song your parent was singing in the evening was the most tragic opera in the world. It never occurs to you when you are very young to need something other than what your parents have to offer you. 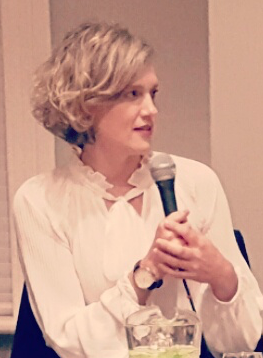 Heather O'Neill (born 1973) is a Canadian novelist, poet, short story writer, screenwriter and journalist, who published her debut novel, Lullabies for Little Criminals, in 2006. The novel was subsequently selected for the 2007 edition of Canada Reads, where it was championed by singer-songwriter John K. Samson. Lullabies won the competition. The book also won the Hugh MacLennan Prize for Fiction and was shortlisted for eight other major awards, including the Orange Prize for Fiction and the Governor General's Award and was longlisted for International Dublin Literary Award.Lullabies for Little Criminals was a publishing sensation in Canada and went on to become an international bestseller. O'Neill was named by Chatelaine as one of the most influential women in Canada.