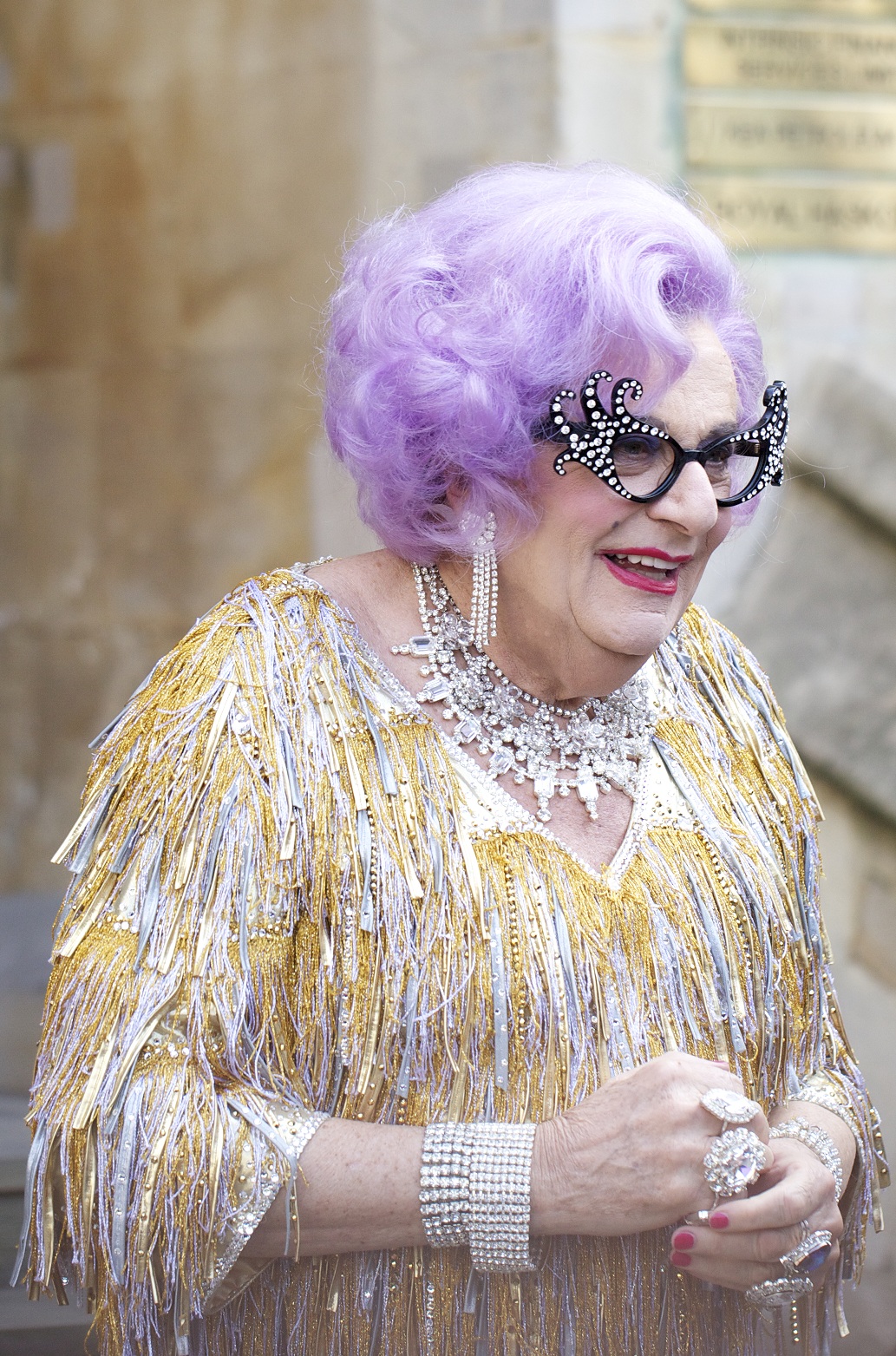 Dame Edna Everage, often known simply as Dame Edna, is a character created and performed by Australian comedian Barry Humphries, known for her lilac-coloured ("wisteria hue") hair and cat eye glasses ("face furniture"); her favourite flower, the gladiolus ("gladdies"); and her boisterous greeting "Hello, Possums!" As Dame Edna, Humphries has written several books, including an autobiography, My Gorgeous Life; appeared in several films; and hosted several television shows (on which Humphries has also appeared as himself and other alter-egos).

Never be afraid to laugh at yourself, after all, you could be missing out on the joke of the century.

My mother used to say that there are no strangers, only friends you haven't met yet. She's now in a maximum security twilight home in Australia.

Tags:
friendship
Permalink for this quote