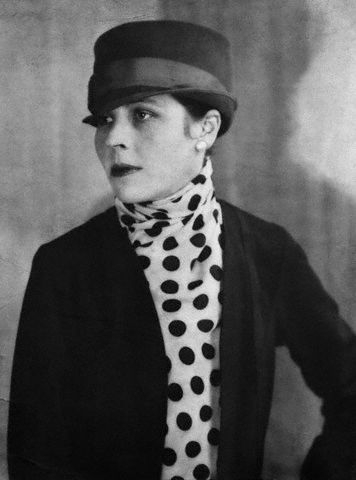 Djuna Barnes (, June 12, 1892 â June 18, 1982) was an American artist, illustrator, journalist, and writer who is perhaps best known for her novel Nightwood (1936), a cult classic of lesbian fiction and an important work of modernist literature.In 1913, Barnes began her career as a freelance journalist and illustrator for the Brooklyn Daily Eagle. By early 1914, Barnes was a highly sought feature reporter, interviewer, and illustrator whose work appeared in the city's leading newspapers and periodicals. Later, Barnes's talent and connections with prominent Greenwich Village bohemians afforded her the opportunity to publish her prose, poems, illustrations, and one-act plays in both avant-garde literary journals and popular magazines, and publish an illustrated volume of poetry, The Book of Repulsive Women (1915).In 1921, a lucrative commission with McCall's took Barnes to Paris, where she lived for the next 10 years. In this period she published A Book (1923), a collection of poetry, plays, and short stories, which was later reissued, with the addition of three stories, as A Night Among the Horses (1929), Ladies Almanack (1928), and Ryder (1928).During the 1930s, Barnes spent time in England, Paris, New York, and North Africa. It was during this restless time that she wrote and published Nightwood. In October 1939, after nearly two decades living mostly in Europe, Barnes returned to New York. She published her last major work, the verse play The Antiphon, in 1958, and she died in her apartment at Patchin Place, Greenwich Village in June 1982.

No man needs curing of his individual sickness; his universal malady is what he should look to.

Tags:
sickness
Permalink for this quote

Life, the permission to know death.