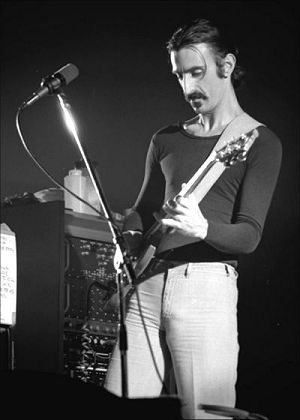 Frank Vincent Zappa (December 21, 1940 â December 4, 1993) was an American musician, composer, and bandleader. His work is characterized by nonconformity, free-form improvisation, sound experiments, musical virtuosity and satire of American culture. In a career spanning more than 30 years, Zappa composed rock, pop, jazz, jazz fusion, orchestral and musique concrÃ¨te works, and produced almost all of the 60-plus albums that he released with his band the Mothers of Invention and as a solo artist. Zappa also directed feature-length films and music videos, and designed album covers. He is considered one of the most innovative and stylistically diverse musicians of his generation.As a self-taught composer and performer, Zappa had diverse musical influences that led him to create music that was sometimes difficult to categorize. While in his teens, he acquired a taste for 20th-century classical modernism, African-American rhythm and blues, and doo-wop music. He began writing classical music in high school, while at the same time playing drums in rhythm-and-blues bands, later switching to electric guitar. His 1966 debut album with the Mothers of Invention, Freak Out!, combined songs in conventional rock and roll format with collective improvisations and studio-generated sound collages. He continued this eclectic and experimental approach whether the fundamental format was rock, jazz, or classical.

In the fight between you and the world, back the world.

Tags:
power self world
Permalink for this quote

There are more love songs than anything else. If songs could make you do something, we'd all love one another.

Art is making something out of nothing and selling it.

As far as rearing children goes, the basic idea I try to keep in mind is that a child is a person. Just because they happen to be a little shorter than you doesn't mean they are dumber than you. A lot of people make that mistake, and forget how much value there is in raw intuition â and there's plenty of that in every child. They may not have verbal skills or manual skills yet, but that is no reason to treat them like they're inferior little lumps whose destiny it is to grow up to be inferior big lumps like you.

The United States is a nation of laws: badly written and randomly enforced.

I don't believe in total freedom for the artist. Left on his own, free to do anything he likes, the artist ends up doing nothing at all. If there's one thing that's dangerous for an artist, it's precisely this question of total freedom, waiting for inspiration and all the rest of it.

I think it is good that books still exist, but they do make me sleepy.

Communism doesn't work because people like to own stuff.

Tags:
communism
Permalink for this quote

Everybody believes in something and everybody, by virtue of the fact that they believe in something, use that something to support their own existence.