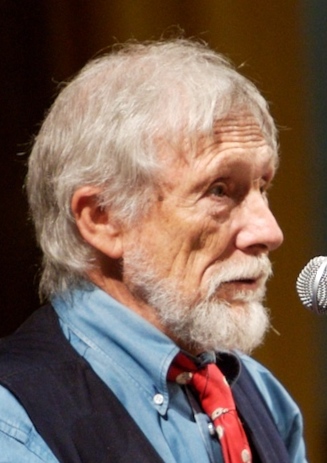 Gary Snyder (born May 8, 1930) is an American man of letters. Perhaps best known as a poet (his early work has been associated with the Beat Generation and the San Francisco Renaissance), he is also an essayist, lecturer, and environmental activist with anarchoprimitivist leanings. He has been described as the "poet laureate of Deep Ecology". Snyder is a winner of a Pulitzer Prize for Poetry and the American Book Award. His work, in his various roles, reflects an immersion in both Buddhist spirituality and nature. He has translated literature into English from ancient Chinese and modern Japanese. For many years, Snyder was an academic at the University of California, Davis and for a time served as a member of the California Arts Council.

Find your place on the planet, dig in, and take responsibility from there.

It has always been part of basic human experience to live in a culture of wilderness. There has been no wilderness without some kind of human presence for several hundred thousand years. Nature is not a place to visit, it is home.

Nature is not a place to visit. It is home.

For several centuries Western civilization has had a drive for material accumulation, continual extensions of economic power, termed "progress.". . . The longing for growth is not wrong. The nub of the problem is how to flip over, as in jujitsu, the magnificent growth energy of modern civilization into a nonacquisitive search for deeper knowledge of self and nature.