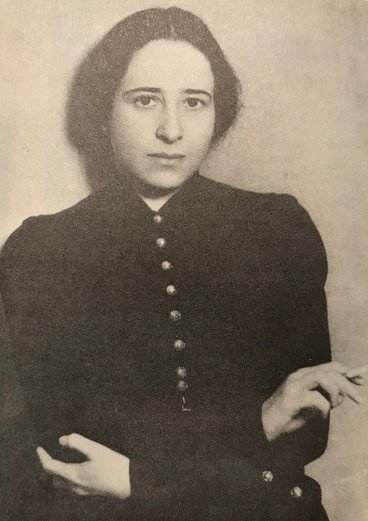 Hannah Arendt (, US also , German: [ËaËÊÉnt]; 14 October 1906 â 4 December 1975) was a political philosopher, author, and Holocaust survivor. She is widely considered to be one of the most influential political theorists of the 20th century.Arendt was born in Linden, which later became a district of Hanover, in 1906, to a Jewish family. When she was three, her family moved to KÃ¶nigsberg, the capital of East Prussia, so that her father's syphilis could be treated. Paul Arendt had contracted the disease in his youth, and it was thought to be in remission when Arendt was born. He died when she was seven. Arendt was raised in a politically progressive, secular family; her mother was an ardent supporter of the Social Democrats. After completing secondary education in Berlin, Arendt studied at the University of Marburg under Martin Heidegger, with whom she had a four-year affair. She obtained her doctorate in philosophy writing on Love and Saint Augustine at the University of Heidelberg in 1929 under the direction of the existentialist philosopher Karl Jaspers.

The chief reason warfare is still with us is neither a secret death wish of the human species, nor an irrepressible instinct of aggression, nor, finally and more plausibly, the serious economic and social dangers inherent in disarmament, but the simple fact that no substitute for this final arbiter in interÂ­national affairs has yet appeared on the political scene.

There is all the difference in the world between the criminalâs avoiding the public eye and the civil disobedientâs taking the law into his own hands in open defiance. This distinction between an open violation of the law, performed in public, and a clandestine one is so glaringly obvious that it can be neglected only by prejudice or ill will.

In the era of imperialism, businessmen became politicians and were acclaimed as statesmen, while statesmen were taken seriously only if they talked the language of successful businessmen.

The insight that peace is the end of war, and that therefore a war is the preparation for peace, is at least as old as Aristotle, and the pretense that the aim of an armament race is to guard the peace is even older â namely, as old as the discovery of propaganda lies.

The earth is the very quintessence of the human condition.

The true conservative is the man who has a real concern for injustices and takes thought against the day of reckoning.

Tags:
conservatives
Permalink for this quote

Equality...is the result of human organization. We are not born equal.

Tags:
equality
Permalink for this quote

Economic growth may one day turn out to be a curse rather than a good, and under no conditions can it either lead into freedom or constitute a proof for its existence.

This is the precept by which I have lived: Prepare for the worst; expect the best; and take what comes.