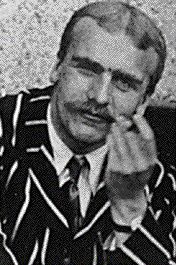 John Burdon Sanderson Haldane (; 5 November 1892 â 1 December 1964), nicknamed "Jack" or "JBS", was a British, later Indian, scientist who worked in physiology, genetics, evolutionary biology, and mathematics. With innovative use of statistics in biology, he was one of the founders of neo-Darwinism. He served in the Great War, and obtained the rank of captain. Despite his lack of an academic degree in the field, he taught biology at the University of Cambridge, the Royal Institution, and University College London. Renouncing his British citizenship, he became an Indian citizen in 1961 and worked at the Indian Statistical Institute for the rest of his life.

J. B. S. Haldane is sometimes cited as:

Quotes from J. B. S. Haldane

So many new ideas are at first strange and horrible, though ultimately valuable that a very heavy responsibility rests upon those who would prevent their dissemination.