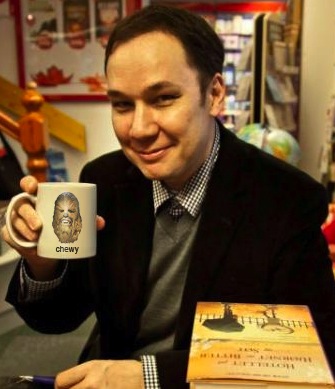 Jamie Ford (born July 9, 1968) is an American author. He is best known for his debut novel, Hotel on the Corner of Bitter and Sweet. The book spent 130 weeks on the New York Times Bestseller List, and was also awarded best "Adult Fiction" book at the 2010 Asian/Pacific American Awards for Literature. The book was also named the No. 1 Book Club Pick for Fall 2009/Winter 2010 by the American Booksellers Association.

I had my chance, and sometimes in life, there are no second chances. You look at what you have, not what you miss, and you move forward.

—Jamie Ford in Hotel on the Corner of Bitter and Sweet

Jamie Ford has the following books quoted on Quodid: