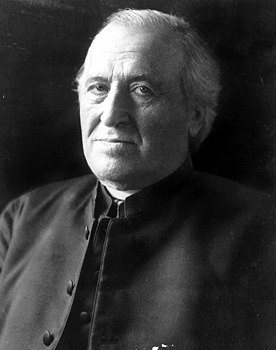 John Ireland (baptized September 11, 1838 â September 25, 1918) was an American religious leader who was the third Roman Catholic bishop and first Roman Catholic archbishop of Saint Paul, Minnesota (1888â1918). He became both a religious as well as civic leader in Saint Paul during the turn of the 20th century. Ireland was known for his progressive stance on education, immigration and relations between church and state, as well as his opposition to saloons and political corruption. He promoted the Americanization of Catholicism, especially in the furtherance of progressive social ideals. He was a leader of the modernizing element in the Roman Catholic Church during the Progressive Era. He created or helped to create many religious and educational institutions in Minnesota. He is also remembered for his acrimonious relations with Eastern Catholics.

Law is order in liberty, and without order liberty is social chaos. The highest test of a people's fitness for free institutions is their willingness to obey law. In monarchies and empires physical force restrains the multitude and maintains government. In a democracy all depends on the intelligence and conscience of the people.

A man shows a narrowness of mind and becomes unworthy of his humanity by refusing any privilege to his fellow man because he is colored. Every prejudice entertained, every breach of justice and charity against a fellow-citizen because of color is a stain flung upon the banner of our liberty that floats over us.