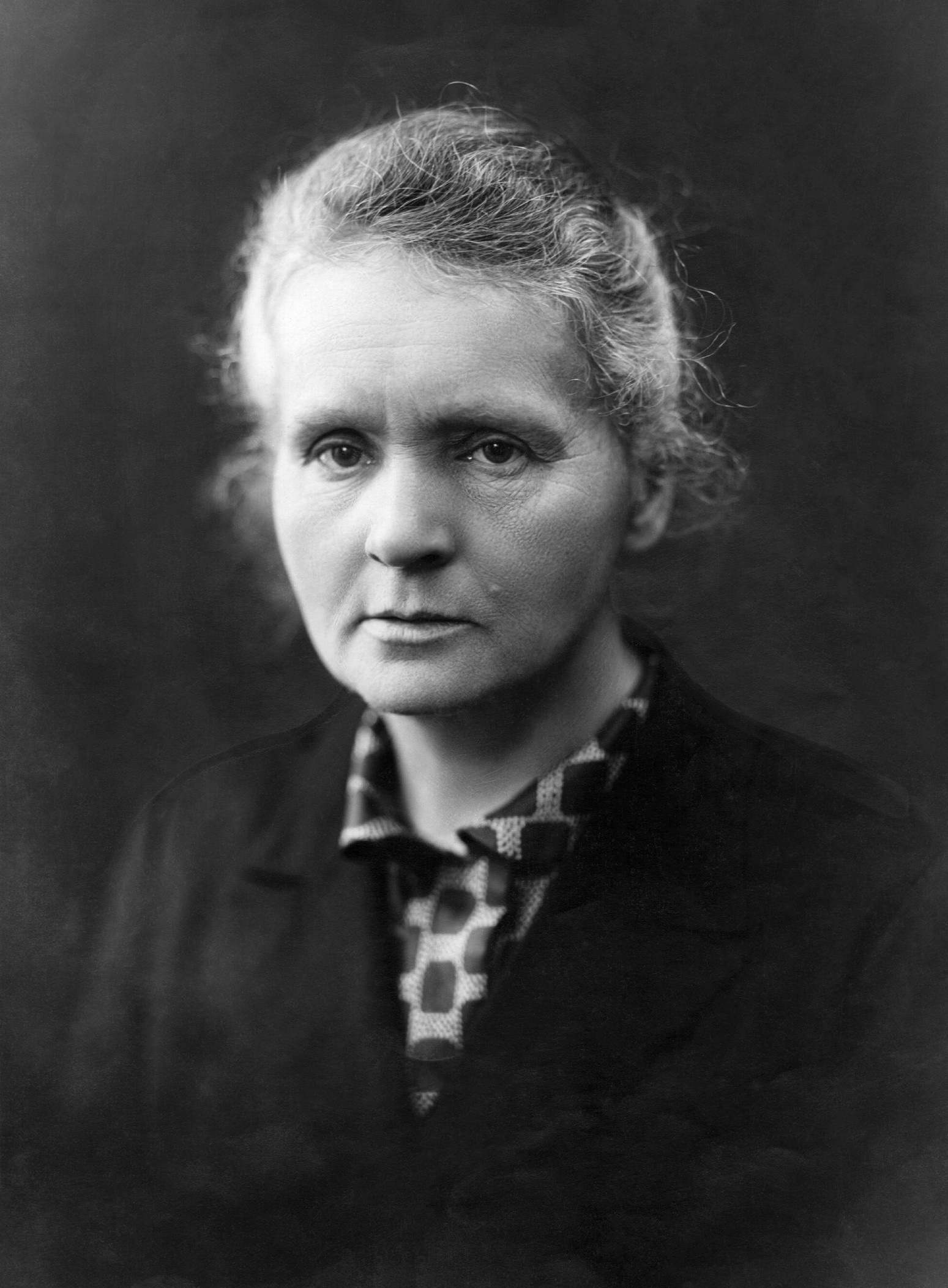 Marie Salomea SkÅodowskaâCurie ( KURE-ee, French pronunciation: â[maÊi kyÊi], Polish pronunciation: [Ëmarja skwÉËdÉfska kÊ²iËri]; born Maria Salomea SkÅodowska, Polish: [Ëmarja salÉËmÉa skwÉËdÉfska]; 7 November 1867 â 4 July 1934) was a Polish and naturalized-French physicist and chemist who conducted pioneering research on radioactivity. She was the first woman to win a Nobel Prize, the first person and the only woman to win a Nobel Prize twice, and the only person to win a Nobel Prize in two scientific fields. Her husband, Pierre Curie, was a co-winner on her first Nobel Prize, making them the first ever married couple to win the Nobel Prize and launching the Curie family legacy of five Nobel Prizes. She was, in 1906, the first woman to become a professor at the University of Paris.She was born in Warsaw, in what was then the Kingdom of Poland, part of the Russian Empire. She studied at Warsaw's clandestine Flying University and began her practical scientific training in Warsaw. In 1891, aged 24, she followed her elder sister BronisÅawa to study in Paris, where she earned her higher degrees and conducted her subsequent scientific work. In 1895 she married the French physicist Pierre Curie, and she shared the 1903 Nobel Prize in Physics with him and with the physicist Henri Becquerel for their pioneering work developing the theory of "radioactivity"âa term she coined. In 1906 Pierre Curie died in a Paris street accident. Marie won the 1911 Nobel Prize in Chemistry for her discovery of the elements polonium and radium, using techniques she invented for isolating radioactive isotopes.

Nothing in life is to be feared, it is only to be understood. Now is the time to understand more, so that we may fear less.

One never notices what has been done; one can only see what remains to be done.

There are sadistic scientists who hurry to hunt down errors instead of establishing the truth.

I am among those who think that science has great beauty. A scientist in his laboratory is not only a technician: he is also a child placed before natural phenomena which impress him like a fairy tale.

We must not forget that when radium was discovered no one knew that it would prove useful in hospitals. The work was one of pure science. And this is a proof that scientific work must not be considered from the point of view of the direct usefulness of it. It must be done for itself, for the beauty of science, and then there is always the chance that a scientific discovery may become like the radium a benefit for humanity.