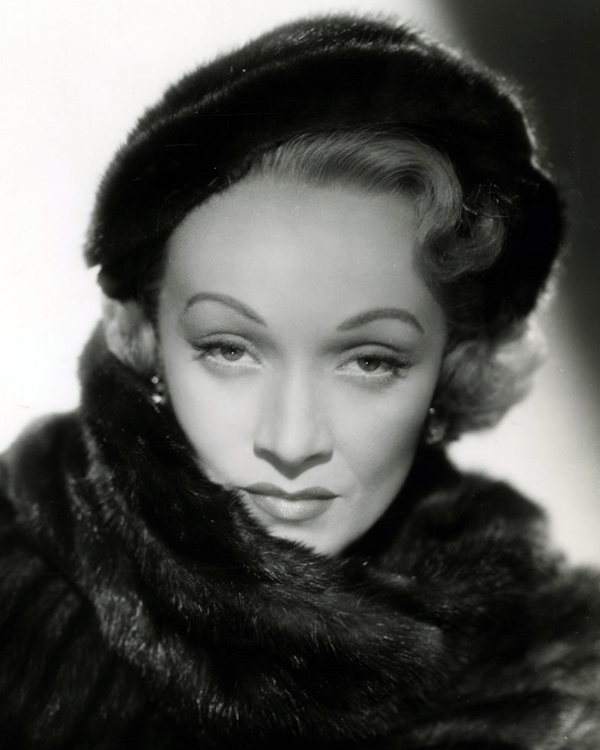 Marie Magdalene "Marlene" Dietrich (, German: [maÊËleËnÉ ËdiËtÊÉªÃ§] (listen); 27 December 1901 â 6 May 1992) was a German-born American actress and singer whose career spanned from the 1910s to the 1980s.In 1920s Berlin, Dietrich performed on the stage and in silent films. Her performance as Lola-Lola in Josef von Sternberg's The Blue Angel (1930) brought her international acclaim and a contract with Paramount Pictures. She starred in many Hollywood films, including six iconic roles directed by Sternberg: Morocco (1930) (her only Academy Award nomination), Dishonored (1931), Shanghai Express and Blonde Venus (both 1932), The Scarlet Empress (1934) and The Devil Is a Woman (1935), Desire (1936) and Destry Rides Again (1939). She successfully traded on her glamorous persona and exotic looks, and became one of the era's highest-paid actresses. Throughout World War II she was a high-profile entertainer in the United States. Although she delivered notable performances in several post-war films, including Billy Wilder's A Foreign Affair (1948), Alfred Hitchcock's Stage Fright (1950), Billy Wilder's Witness for the Prosecution (1957), Orson Welles's Touch of Evil (1958) and Stanley Kramer's Judgment at Nuremberg (1961), she spent most of the 1950s to the 1970s touring the world as a marquee live-show performer.

It's the friends you can call up at 4 a.m. that matter.

I love quotations because it is a joy to find thoughts one might have, beautifully expressed with much authority by someone recognized wiser than oneself.

Tags:
quotations
Permalink for this quote

In America sex is an obsession, in other parts of the world it is a fact.

Tags:
sex
Permalink for this quote

Once a woman has forgiven her man, she must not reheat his sins for breakfast.

I am at heart a gentleman.