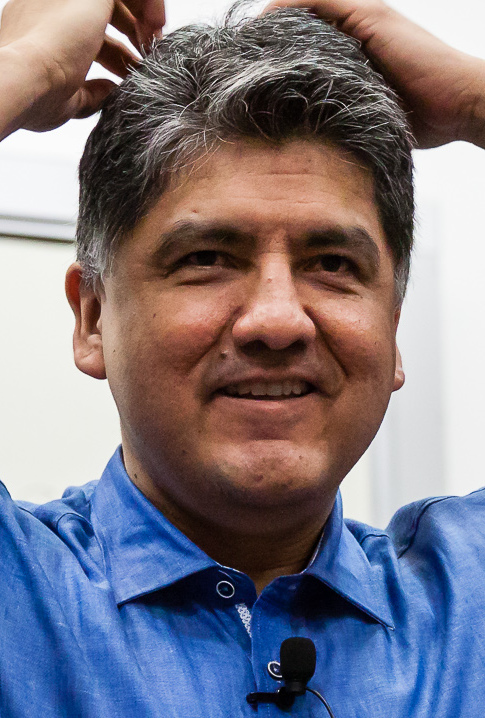 Sherman Joseph Alexie Jr. (born October 7, 1966) is a Spokane-Coeur d'Alene-Native American novelist, short story writer, poet, screenwriter, and filmmaker. His writings draw on his experiences as an Indigenous American with ancestry from several tribes. He grew up on the Spokane Indian Reservation and now lives in Seattle, Washington.His best-known book is The Lone Ranger and Tonto Fistfight in Heaven (1993), a collection of short stories. It was adapted as the film Smoke Signals (1998), for which he also wrote the screenplay.

When anybody, no matter how old they are, loses a parent, I think it hurts the same as if you were only five years old, you know? I think all of us are always five years old in the presence and absence of our parents.

You have to love somebody that much to also hate them that much, too.

Sherman Alexie has the following books quoted on Quodid: