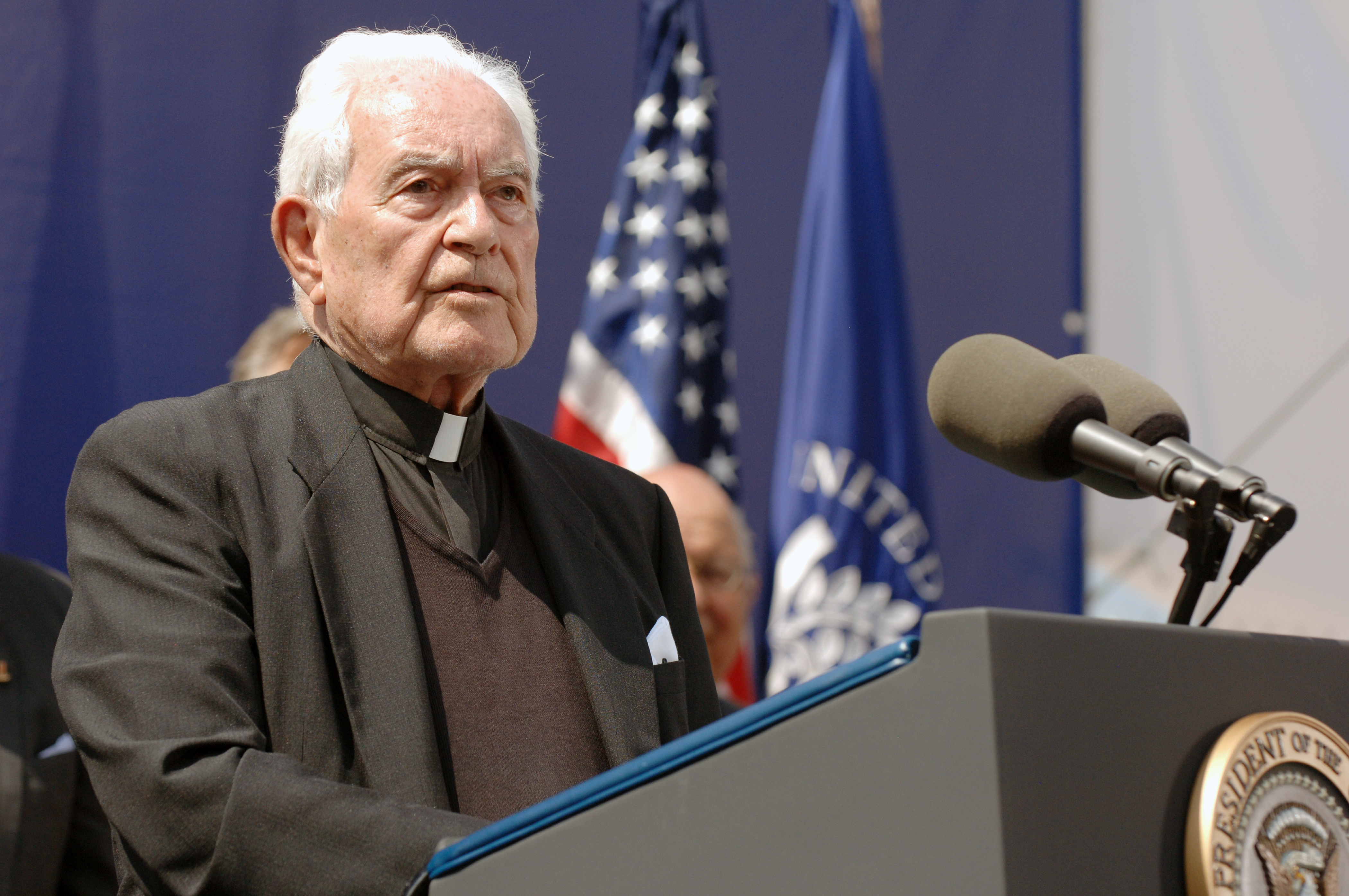 Rev. Theodore Martin Hesburgh, CSC (May 25, 1917 â February 26, 2015) was an American Catholic priest and academic who was a member of the Congregation of Holy Cross. He is best known for his service as the president of the University of Notre Dame for thirty-five years (1952â1987). In addition to his career as an educator and author, Hesburgh was a public servant and social activist involved in numerous American civic and governmental initiatives, commissions, international humanitarian projects, and papal assignments. Hesburgh received numerous honors and awards for his service, most notably the United States's Presidential Medal of Freedom (1964) and Congressional Gold Medal (2000). As of 2013, he also held the world's record for the individual with most honorary degrees with more than 150.

The most important thing a father can do for his children is to love their mother.

Our words are buttressed by our deeds, and our deeds are inspired by our convictions.

If our lives in education have any meaning or significance, it will be in our reading the signs of the times and in educating the young of our times in the visions and values that will civilize and make for reasonable human progress and lasting peace on earth.

The very essence of leadership is that you have to have a vision.

Without values, the multinational manager may forget that foreign profit without indigenous development in that country is a formula for economic and political disaster, at home as well as abroad.