If you haven't forgiven yourself something, how can you forgive others?

Tags:
forgiveness
Permalink for this quote 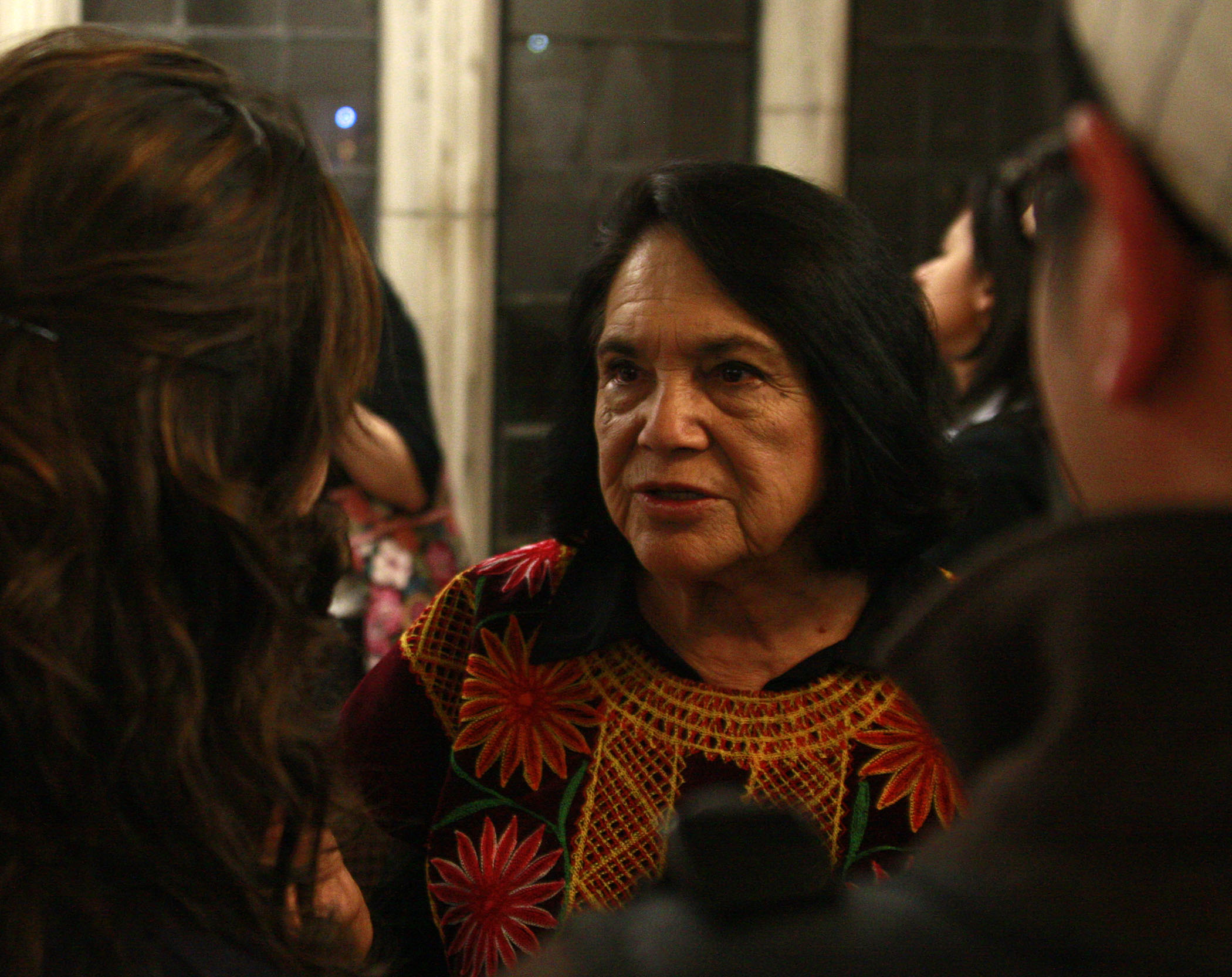 Dolores Clara Fernández Huerta (born April 10, 1930) is an American labor leader and civil rights activist who, with Cesar Chavez, is a co-founder of the National Farmworkers Association, which later became the United Farm Workers (UFW). Huerta helped organize the Delano grape strike in 1965 in California and was the lead negotiator in the workers' contract that was created after the strike.Huerta has received numerous awards for her community service and advocacy for workers', immigrants', and women's rights, including the Eugene V. Debs Foundation Outstanding American Award, the United States Presidential Eleanor Roosevelt Award for Human Rights and the Presidential Medal of Freedom. She was the first Latina inducted into the National Women's Hall of Fame, in 1993.Huerta is the originator of the phrase, "Sí, se puede". As a role model to many in the Latino community, Huerta is the subject of many corridos (Mexican or Mexican-American ballads) and murals.In California, April 10 is Dolores Huerta day.

You may find more from Dolores Huerta on Wikiquote

Forgive many things in others; nothing in yourself.

Tags:
forgiveness
Permalink for this quote

To know all is not to forgive all. It is to despise everybody.

When I was a kid I used to pray every night for a new bicycle. Then I realized that the Lord doesn't work that way, so I stole one and asked for forgiveness.

Sometimes letting go and forgiving others and yourself is the only way to move forward in life.

—J.S. Cooper in The Other Side of Love

Tags:
forgiveness letting go moving on
Permalink for this quote

Nothing is so admirable in politics as a short memory.