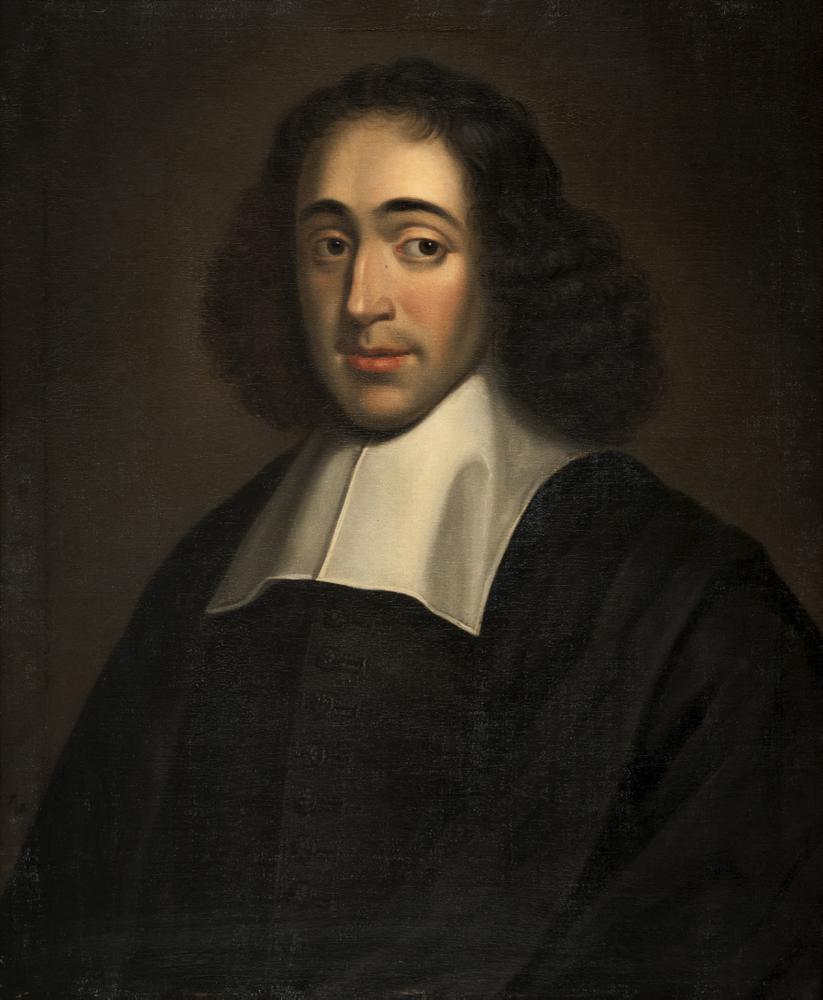 Baruch (de) Spinoza (born Bento de Espinosa; later as an author and a correspondent Benedictus de Spinoza, anglicized to Benedict de Spinoza; 24 November 1632 â 21 February 1677) was a philosopher of Portuguese Sephardic Jewish origin, born in Amsterdam, the Netherlands. One of the foremost exponents of 17th-century Rationalism and one of the early and seminal thinkers of the Enlightenment and modern biblical criticism including modern conceptions of the self and the universe, he came to be considered "one of the most important philosophersâand certainly the most radicalâof the early modern period." Inspired by Stoicism, Jewish Rationalism, Machiavelli, Hobbes, Descartes, and a variety of heterodox religious thinkers of his day, Spinoza became a leading philosophical figure of the Dutch Golden Age. Spinoza's given name, which means "Blessed", varies among different languages. In Hebrew, his full name is written ××¨×× ×©×¤×× ×××â. In most of the documents and records contemporary with Spinoza's years within the Jewish community, his name is given as Bento, Portuguese for "Blessed". In his works in Latin, he used the name "Benedictus de Spinoza".

We feel and know that we are eternal.

Do not weep; do not wax indignant. Understand.

Peace is not an absence of war, it is a virtue, a state of mind, a disposition for benevolence, confidence, justice.

Tags:
peace
Permalink for this quote

I have striven not to laugh at human actions, not to weep at them, nor to hate them, but to understand them.