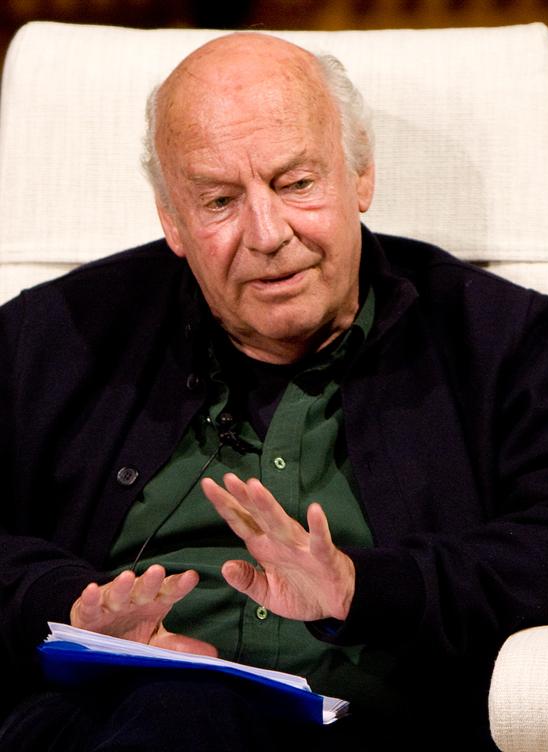 Eduardo Hughes Galeano (Spanish pronunciation: [eËÃ°waÉ¾Ã°o É£aleËano]; 3 September 1940 â 13 April 2015) was a Uruguayan journalist, writer and novelist considered, among other things, "global soccer's pre-eminent man of letters" and "a literary giant of the Latin American left".Galeano's best-known works are Las venas abiertas de AmÃ©rica Latina (Open Veins of Latin America, 1971) and Memoria del fuego (Memory of Fire Trilogy, 1982â6). "I'm a writer," the author once said of himself, "obsessed with remembering, with remembering the past of America and above all that of Latin America, intimate land condemned to amnesia."Author Isabel Allende, who said her copy of Galeano's book was one of the few items with which she fled Chile in 1973 after the military coup of Augusto Pinochet, called Open Veins of Latin America "a mixture of meticulous detail, political conviction, poetic flair, and good storytelling."

I don't believe in charity. I believe in solidarity. Charity is so vertical. It goes from the top to the bottom. Solidarity is horizontal. It respects the other person and learns from the other. I have a lot to learn from other people.

El Tornillo walks the streets of Melo. People in town think he's crazy. He carries a mirror in his hand and he looks at himself with furrowed brow. He doesn't take his eyes off the mirror. "What are you doing, Tornillo?" "I'm here," he says, "keeping watch on the enemy.

Tags:
self eyes enemy mirror
Permalink for this quote