Quotes from the book Groucho And Me by Groucho Marx

Because we are laughed at, I donât think people really understand how essential [comedians] are to their sanity. If it werenât for the brief respite we give the world with our foolishness, the world would see mass suicide in numbers that compare favorably with the death rate of the lemmings. Iâm sure most of you have heard the story of the man who, desperately ill, goes to an analyst and tells the doctor that he has lost his desire to live and that is seriously considering suicide. The doctor listens to his tale of melancholia and then tells the patient that what he needs is a good belly laugh. He then advises the unhappy man to go to the circus that night and spend the evening laughing at Grock, the worldâs funniest clown. The doctor sums it up, âAfter you have seen Grock, I am sure you will be much happier.â The patient rises to his feet, looks sadly at the doctor, turns and ambles toward the door. As he starts to leave the doctor says, âBy the way, what is your name?â The man turns and regards the analyst with sorrowful eyes. âI am Grock.â

—Groucho Marx in Groucho And Me 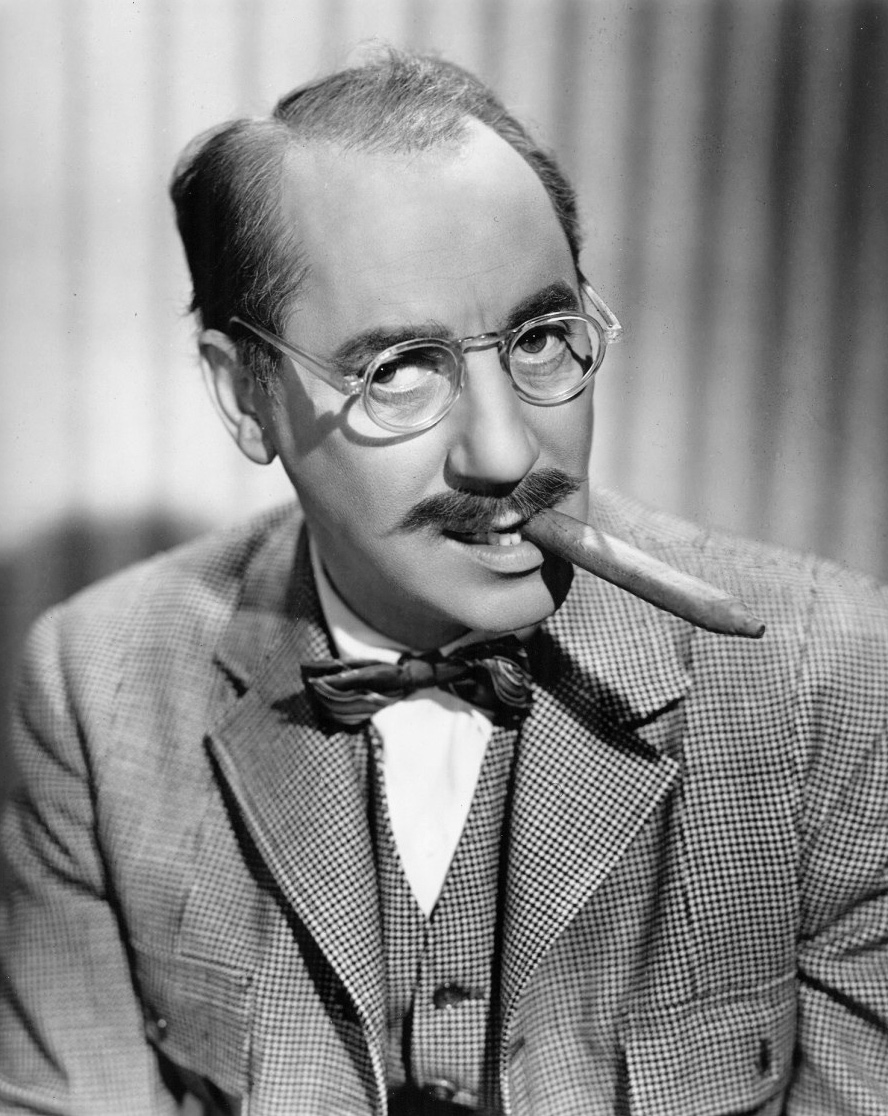 Julius Henry "Groucho" Marx (; October 2, 1890 â August 19, 1977) was an American comedian, actor, writer, stage, film, radio, singer, television star and vaudeville performer. He is generally considered to have been a master of quick wit and one of America's greatest comedians.He made 13 feature films as a team with his siblings the Marx Brothers; he was the third-born of the brothers. He also had a successful solo career primarily on radio and television, most notably as the host of the game show You Bet Your Life.His distinctive appearance, carried over from his days in vaudeville, included quirks such as an exaggerated stooped posture, spectacles, cigar, and a thick greasepaint mustache and eyebrows. These exaggerated features resulted in the creation of one of the most recognizable and ubiquitous novelty disguises, known as Groucho glasses: a one-piece mask consisting of horn-rimmed glasses, a large plastic nose, bushy eyebrows and mustache.