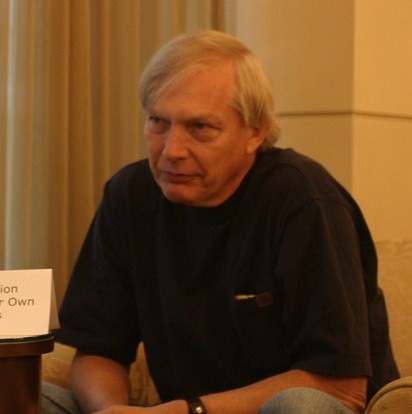 Robert Alan "Bob" Edwards is an American broadcast journalist, a Peabody Award-winning member of the National Radio Hall of Fame. He hosted both of National Public Radio's flagship news programs, the afternoon All Things Considered, and Morning Edition, where he was the first and longest serving host in the latter program's history. Starting in 2004, Edwards then was the host of The Bob Edwards Show on Sirius XM Radio and Bob Edwards Weekend distributed by Public Radio International to more than 150 public radio stations. Those programs ended in September 2015. Edwards currently hosts a podcast for AARP.

When Solomon said there was a time and a place for everything he had not encountered the problem of parking his automobile.

A little learning is a dangerous thing but a lot of ignorance is just as bad.

Now I know what a statesman is; he's a dead politician. We need more statesmen.

Tags:
politicians
Permalink for this quote