If there existed no external means for dimming their consciences, one-half of the men would at once shoot themselves, because to live contrary to one's reason is a most intolerable state, and all men of our time are in such a state. 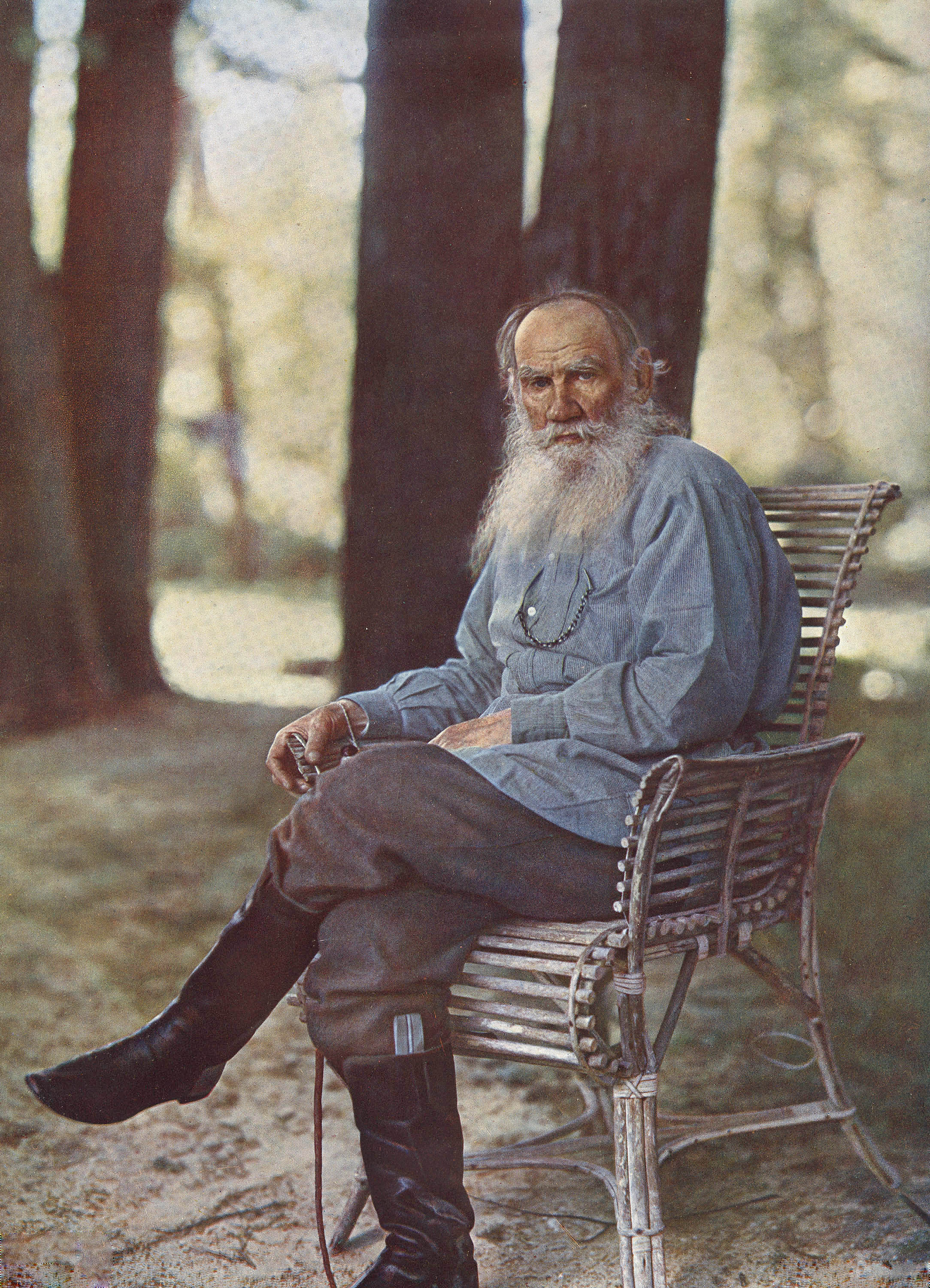 Count Lev Nikolayevich Tolstoy (; Russian: ÐÐµÐ² ÐÐ¸ÐºÐ¾Ð»Ð°ÐµÐ²Ð¸Ñ Ð¢Ð¾Ð»ÑÑÐ¾Ð¹, tr. Lev Nikoláyevich Tolstóy; [lÊ²ef nÊ²ÉªkÉËlaÉªvÊ²ÉªtÉ tÉlËstoj] (listen); 9 September [O.S. 28 August] 1828 – 20 November [O.S. 7 November] 1910), usually referred to in English as Leo Tolstoy, was a Russian writer who is regarded as one of the greatest authors of all time. He received multiple nominations for the Nobel Prize in Literature every year from 1902 to 1906 and nominations for the Nobel Peace Prize in 1901, 1902, and 1909, and that he never won is a major controversy.Born to an aristocratic Russian family in 1828, he is best known for the novels War and Peace (1869) and Anna Karenina (1878), often cited as pinnacles of realist fiction. He first achieved literary acclaim in his twenties with his semi-autobiographical trilogy, Childhood, Boyhood, and Youth (1852–1856), and Sevastopol Sketches (1855), based upon his experiences in the Crimean War. Tolstoy's fiction includes dozens of short stories and several novellas such as The Death of Ivan Ilyich (1886), Family Happiness (1859), and Hadji Murad (1912). He also wrote plays and numerous philosophical essays.

You may find more from Leo Tolstoy on Wikiquote

It is easier to produce ten volumes of philosophical writings than to put one principle into practice.

He felt now that he was not simply close to her, but that he did not know where he ended and she began.

Tags:
change self world
Permalink for this quote

Though it is possible to utter words only with the intention to fulfill the will of God, it is very difficult not to think about the impression which they will produce on men and not to form them accordingly. But deeds you can do quite unknown to men, only for God. And such deeds are the greatest joy that a man can experience.

I can't count the number of times I have officially assembled the equipment to take my life: a knife, a handgun, a plastic bag, a bottle of codeine and a fifth of vodka. My motivations are never quite clear: perception of failure, futility, a sense of irremediable isolation, mtv â nothing everyone else hasn't suffered through. Yet I tend to magnify my gloomy outlook into a drive-in picture of the end of the world. I can't seem to remember that despair is a temporary state, a dark storm along the highway; that if I can just stick it out, keep the wipers going and my foot on the gas, I will make it through to the other side.

Because we are laughed at, I donât think people really understand how essential [comedians] are to their sanity. If it werenât for the brief respite we give the world with our foolishness, the world would see mass suicide in numbers that compare favorably with the death rate of the lemmings. Iâm sure most of you have heard the story of the man who, desperately ill, goes to an analyst and tells the doctor that he has lost his desire to live and that is seriously considering suicide. The doctor listens to his tale of melancholia and then tells the patient that what he needs is a good belly laugh. He then advises the unhappy man to go to the circus that night and spend the evening laughing at Grock, the worldâs funniest clown. The doctor sums it up, âAfter you have seen Grock, I am sure you will be much happier.â The patient rises to his feet, looks sadly at the doctor, turns and ambles toward the door. As he starts to leave the doctor says, âBy the way, what is your name?â The man turns and regards the analyst with sorrowful eyes. âI am Grock.â

—Groucho Marx in Groucho And Me

No man was ever more than about nine meals away from crime or suicide.

Every violation of truth is not only a sort of suicide in the liar, but is a stab at the health of human society.