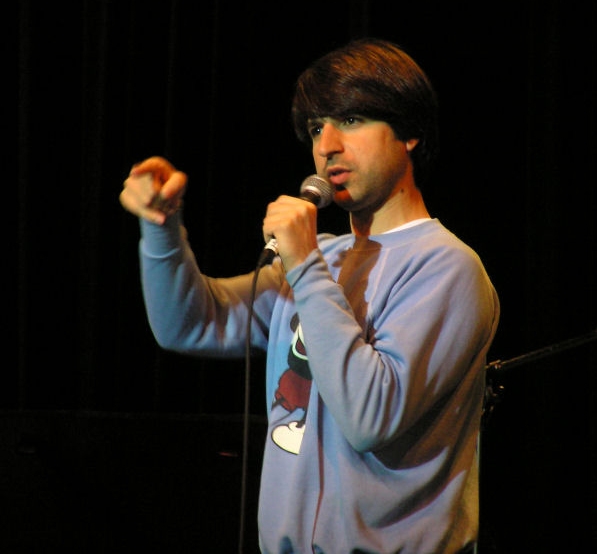 Demetri Evan Martin (Greek: ÎÎ·Î¼Î®Ï ÏÎ¹Î¿Ï ÎÏÎ¬Î³Î³ÎµÎ»Î¿Ï ÎÎ¬ÏÏ Î¹Î½, Dimitrios Evangelos Martin; born May 25, 1973) is an American comedian, actor, writer, director, cartoonist and musician. He was a contributor on The Daily Show. In stand-up, he is known for his deadpan delivery, playing his guitar for jokes, and his satirical cartoons. He starred as Ice Bear in Cartoon Network's We Bare Bears.

I go to the gym religiously. About twice a year around the holidays.